Shannon Woodward net worth: Shannon Woodward is an American actress who has a net worth of $3 million. Shannon Woodward was born in Phoenix, Arizona in December 1984. From 2007 to 2008 she starred as Di Di Malloy on the television series The Riches. From 2010 to 2014 Woodward starred as Sabrina on the TV series Raising Hope. She began starring as Elsie Hughes on the series Westworld in 2016. Shannon Woodward has also had recurring roles on the TV series Clarissa Explains It All, Grounded for Life, and more. She has appeared in the movies Man of the House, The Quiet, The Comebacks, The Haunting of Molly Hartley, The Shortcut, Girlfriend, Adult World, The Breakup Girl, Search Party, The Veil, and All Nighter. In 2017 she was nominated for a Screen Actors Guild Award for Outstanding Performance by an Ensemble in a Drama Series for Westworld. She is friend with Katy Perry and appeared in her music video "Hot n Cold". 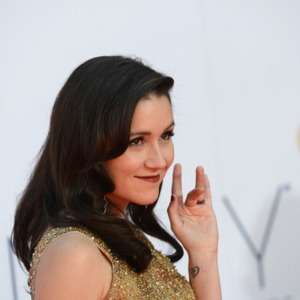