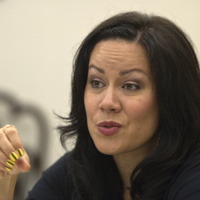 Shannon Lee net worth: Shannon Lee is an American actress and businesswoman who has a net worth of $10 million dollars. Shannon Lee was born in Los Angeles, California, and spent part of her childhood in Hong Kong with her family, before returning to the United States. She is the second child of Bruce Lee and Linda Lee Caldwell. She graduated from Tulane University, where she majored in Voice, in the early 90s, and then chose to pursue a career in acting. She appeared in various projects throughout the 90s and early 2000s, including, "Dragon: The Bruce Lee Story", "Cage II", "WMAC Masters", "High Voltage", "Martial Law", "And Now You're Dead", "Blade", "Epoch", "Lessons for an Assassin", and "She, Me, and Her". Since the mid-2000s, she has focused primarily on running The Bruce Lee Foundation, and has produced two projects about her father, "The Legend of Bruce Lee", and the documentary, "How Bruce Lee Changed the World".