Shanley Caswell Net Worth: Shanley Caswell is an American actress who has a net worth of $400 thousand dollars. Shanley Caswell was born in Sarasota, Florida in December 1991. Shanley stared acting at eight years old in local theater. In high school she was involved with a theater troupe who educated teenagers on social issues.

In 2007 Shanley moved to Los Angeles, California to focus on acting. At 15 years old she first started modeling and later studied at UCLA. Her television debut came in the series Zoey 101 in 2008. In 2009 she starred as Katherine in the short Little Victories and as Kamilla Faraday in the TV movie Mending Fences. Caswell has appeared in episodes of the television series iCarly, Bones, The Mentalist, The Middle, CSI: NY, and Vegas. She has also starred in the movies Detention, Snow White, The Conjuring, and Feels So Good. Shanley has starred in the shorts Adrift and Come Find Me and the TV movies Untitled Adam Carolla Project and Red Zone. 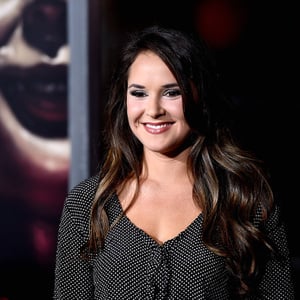