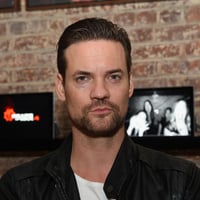 Shane West Net Worth: Shane West is an American actor who has a net worth of $3 million. Born as Shannon Bruce Snaith, he is better known by his stage name, Shane West. He was born in June of 1978 in Baton Rough, Louisiana. He is best remembered for playing Eli Sammler on ABC Family's Once and Again, and Landon Carter in the teen film, A Walk to Remember. He also played Darby Crash in What We Do is Secret and Dr. Ray Barnett on NBC's ER. Today, he plays the character of John Alden on the WGN drama, Salem. When he is not acting, West has also pursued a musical career in various punk rock bands. To date he's performed with both The Gems and Johnny Was, in which he's helped sing, sometimes acting as the lead singer, and write various songs. West has been the recipient of two Teen Choice Awards, one for choice chemistry in A Walk to Remember, and the other for choice actor in Nikita. Additionally, he was nominated for other Teen Choice Awards, as well as two Cinescape Genre Face of the Future Awards. He also won a Rising Star Award and a Young Hollywood Award.