Shane Jacobson Net Worth: Shane Jacobson is an Australian actor, director, writer, and comedian who has a net worth of $2 million. Shane Jacobson is best known for playing the role of Kenny Smyth in the movie Kenny. He started out at 10 years old in amateur theater and became a comedian at 18.

In 1999 he started hosting The 60 Minute Challenge on Melbourne's Gold FM radio station. He starred as Kenny Smyth in the 2006 film Kenny and reprised the role for the TV series Kenny's World in 2008. Jacobson starred as Jim O'Brien in the television series Fat Tony & Co in 2014. Since 2013 he has starred as Luce in the TV series The Time of Our Lives. He has also starred in the movies Cactus, Newcastle, Charlie & Boots, The Bourne Legacy, and The Mystery of a Hansom Cab. For Kenny he won an Australian Film Institute Award for Best Lead Actor, Film Critics Circle of Australia Awards for Best Actor in a Lead Role and Best Screenplay – Original, and IF Awards for Best Feature Film and Best Script. He also won a Film Ink Magazine Award for Best New Comer and an Australian Star of the Year Award in 2007 and the 2008 Helpmann Award for Best Supporting Actor in a Musical for Guys and Dolls. 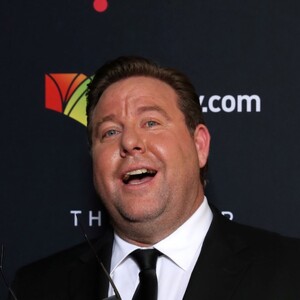