Shane Dawson net worth: Shane Dawson is an American YouTube star, actor, musician, and comedian who has a net worth of $12 million. He is a writer, comedian, musician and director who has earned a high level of notoriety for his documentary-style exposé and conspiracy videos on YouTube. Shane Dawson is one of the highest-earning YouTubers in the world. In 2019 he launched a line of cosmetics with makeup tycoon Jeffree Star.

Early Life: Shane Dawson was born Shane Lee Yaw in Long Beach, California on July 19, 1988. He had a very rough childhood. He was bullied at school for being overweight and was repeatedly beaten by his alcoholic father. His father eventually abandoned the family. Shane began making videos while he was in high school as part of school projects. He launched his own YouTube channel, called ShaneDawsonTV in 2008.

Success: Shane began uploading comedic videos to the channel, producing a new one each week. He also launched two other channels, one of which features his daily vlog, which he records on his phone. He has collaborated with a number of other YouTube stars on projects, and was named the 25th "Most Famous Web Celebrity" by Forbes Magazine in 2010. Between 2008 and 2010, Shane generated more than 500 million views on YouTube. He has since gone on to produce a number of pilots, and has released a series of successful singles. In 2011 he announced a partnership with Sony Pictures to develop films and series.

As of this writing, Shane has over 22 million subscribers on main YouTube channel and his videos have been viewed more than 5 billion times. Shane has achieved widespread success for his conspiracy and docu-series videos. His docu-series about Jeffree Star, TanaCon and Jake Paul were especially popular. The first part of his Jake Paul series was viewed 10 million times in under 7 hours.

He began producing "Conspiracy Series with Shane Dawson" in 2015. They have become among his most-viewed and discussed videos.

He has released two New York Times best-selling books, "I Hate Myself" and "It Gets Worse". He won the 2018 People's Choice Award for "The Social Star of 2018".

He launched a podcast in 2013 called "Shane and Friends" that ran until 2017 and produced 140 episodes. At the peak of his podcast, the average episode was downloaded 250,000 times. In 2014 it was one of the highest-earning podcasts in the world, generating $15,000 per episode.

Music Career: In 2012 Shane released a single titled "SUPERLUV!". The song achieved some success on iTunes and even reached #87 in Ireland, #16 on the UK indie chart and #163 on the UK Singles Chart.

Controversies: Shane has openly admitted that past videos and podcasts featured controversial racist language. He has since apologized. In 2018 he received criticism as part of his Jeffree Star video series for not calling out Jeffree on his own history of racism. He received similar criticism for his treatment of Jake Paul.

Shane's Conspiracy series has been heavily criticized for being extremely light on facts and perpetuating lies and hoaxes around topics like 9/11, the moon landing and flat earth. Shane's conspiracy videos further spread misinformation on YouTube which is already flooded with misinformation.

Jeffree Star Cosmetics: After the success of their YouTube videos, Jeffree and Shane collaborated in 2019 to create a cosmetics collection. The "Conspiracy" collection includes an eye-shadow palette and six liquid lipstick colors. In an October 2019 YouTube video, Jeffree claimed that if the sell-out of the eye-shadow, they would earn $35 million, with $10 million going to Shane. With re-orders, the numbers would eventually grow even higher. Shane revealed that if he does earn $10 million from the line, it will be more than he's ever earned off his entire YouTube career.

Personal Life: Shane is bisexual. He dated YouTuber Lisa Schwartz from 2011 to 2015. He is now in a relationship with fellow YouTuber Ryland Adams. They became engaged in March 2019.

Real Estate: In November 2018 Shane bought a 5,000 square foot house in Calabasas for $3 million. They have two dogs and a cat.

Summary: Shane Dawson is an American YouTube star who has a net worth of $12 million. He has become famous especially for his docu-style videos and his Conspiracy series. He is one of the first YouTubers to earn more than $1 million per year off the platform and today is one of the highest-earning YouTubers ever year. In 2019 he collaborated with makeup tycoon Jeffree Star to launch a line of cosmetics which reportedly could earn Shane tens of millions of dollars in personal income and royalties. 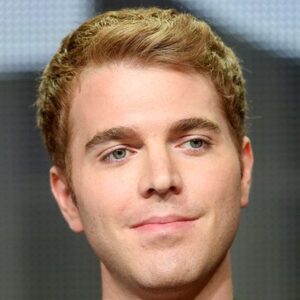