Shakti Kapoor net worth: Shakti Kapoor is an Indian actor who has a net worth of $30 million. He is best known for starring in more than 700 Hindi films.

Shakti Kapoor was born in Delhi, India in September 1952. He started out in Bollywood where he had minor roles. Kapoor is known for his villainous and comic roles. He teamed up with Asrani and Kader Khan in the 1990s as a comical or evil team and appeared in more than 100 films. In 2011 Shakti Kapoor competed on the Indian reality TV series Bigg Boss. He has starred in films including Qurbani and Rocky, Hero, Raja Babu, Insaaf, Baap Numbri Beta Dus Numbri, Andaz Apna, Tohfa, Boi Radha Boi, Tohfa, Hungama, Hulchul, Chup Ke, Bhagam Bhag, Malamaal Weekly, Kolkata, Marriage Da Garriage, and more. Shakti Kapoor won a Filmfare Best Comedian Award in 1995 for Raja Babu. His children are Siddhanth and Shraddha Kapoor. 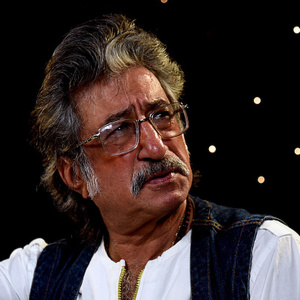