Shailene Woodley Net Worth and Salary: Shailene Woodley is an American actress who has a net worth of $12 million. She is perhaps best known for her starring role in "The Fault in Our Stars," based on the bestselling novel of the same name by John Green.

Early Life: Shailene Diann Woodley was born in San Bernardino County, California on November 15, 1991. Her parents Lori and Lonnie both worked in the education field, as a school counselor and principal, respectively. She began modeling at age four and had started taking acting classes by the time she was five. When Shailene was 15, she was diagnosed with scoliosis and had to wear a brace when she was a freshman at Simi Valley High School.

Early Career: Woodley made her on-screen debut in the TV movie "Replacing Dad" in 1999 before landing a part in "The District" and later "Crossing Jordan." She had small roles in several other TV shows and movies, including playing Kaitlin Cooper on "The O.C.", "Everybody Loves Raymond", "CSI: NY", "Close to Home", and "Felicity: An American Girl Adventure."

Success: Woodley landed her big break in 2008's "The Secret Life of the American Teenager" on ABC Family. She starred as Amy Juergens, a 15-year-old girl who learns she is pregnant, from 2008 until 2013. Woodley was nominated for a handful of Teen Choice Awards for the part. The show was extremely popular amongst viewers and Woodley was often critically praised in reviews for the show. "Secret Life of the American Teenager" became one of ABC Family's most-watched shows over its 121 episodes, five-season run.

Woodley's film debut came in the critically acclaimed movie "The Descendants" in 2011 when she starred alongside George Clooney who starred as Matt King. She played the role of King's troubled elder daughter, Alex. She was nominated for a Golden Globe for Best Supporting Actress in a Motion Picture and received unanimous praise for her performance. She also picked up an Independent Spirit Award for Best Supporting Actress.

Woodley starred with Miles Teller in 2013's successful "The Spectacular Now," as well as "White Bird in a Blizzard" before landing the part of Beatrice "Tris" Prior in the "Divergent" series film adaptation. The first film came out in 2014 at No. 1 at the box office.

Woodley next starred as 16-year-old cancer patient Hazel Grace Lancaster in 2014's "The Fault in our Stars", the film adaptation of the novel of the same name by John Green. Woodley's performance was widely critically acclaimed and the film was a blockbuster hit, grossing over $307 million. Woodley received the Hollywood Film Award for Hollywood Breakout Performance for her role. 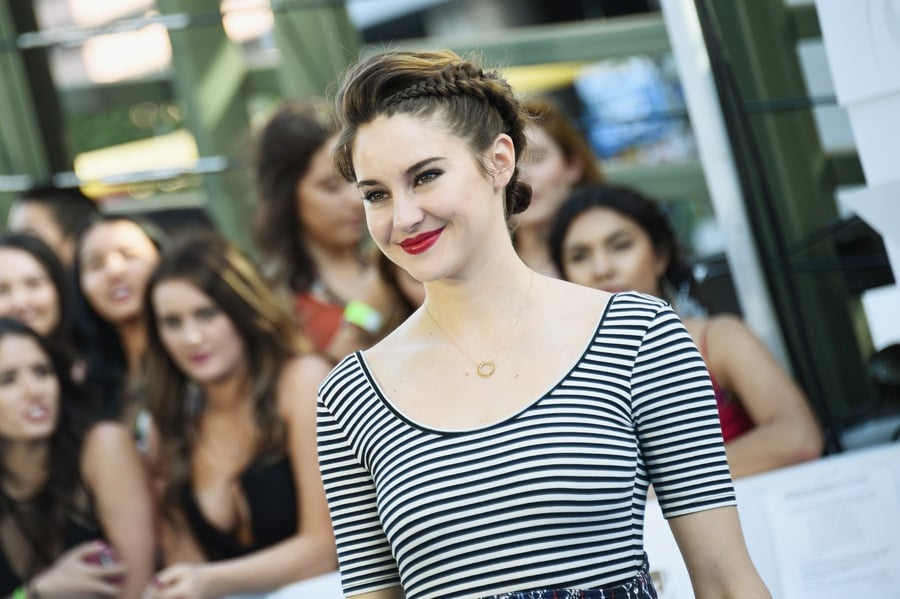 Woodley reprised her role as Tris in 2015 in "The Divergent Series: Insurgent." This second installment of the series grossed $295.2 million worldwide. Next up, Woodley starred opposite Joseph Gordon-Levitt in Oliver Stone's "Snowden" in 2016. Later that year, she reprised her role yet again as Tris in 2016's "Divergent: Allegiant." After a brief break from the screen, she returned to television to star as sexual assault survivor Jane Chapman from 2017-2019 in HBO's "Big Little Lies," an adaptation of a novel by the same name. She held her own amongst Hollywood greats like Nicole Kidman and Reese Witherspoon and was nominated for an Emmy and a Golden Globe Award for Best Supporting Actress in a Limited Series. In 2018, Woodley starred in and produced "Adrift" with Baltasar Kormakur as director. For her role as stranded at sea sailor Tami Oldham Ashcraft, she was awarded the Rising Star Award at the 2018 Deauville Film Festival.

In 2019, Woodley starred alongside Sebastian Stan and Jamie Dornan in the romantic drama "Endings, Beginnings." She began production in mid-October that same year in Mallorca, Spain on the romantic drama "The Last Letter From Your Lover." Woodley joined the cast of the film "Prisoner 760" in November 2019, co-starring Jodie Foster and Benedict Cumberbatch. Woodley was also cast in "Girl Named Sue". She is set to star in the upcoming films "Misanthrope," "After Exile," "Arkie," and "No Baggage," all in pre-production and development.

Activism: Shailene is an avid climate and environmental activist. She became interested in environmentalism when she was still in high school and began to make her own health and hygiene products, such as deodorant and toothpaste. Alongside her mother, Woodley co-founded the nonprofit organization All It Takes in 2010. All It Takes aims to educate young people to practice responsibility, compassion, empathy and purpose to foster sustainable change for the environment. She was an active campaigner for Bernie Sanders for his presidential campaigns of 2016 and 2020 and was on the board of his political organization Our Revolution.

In 2016, Woodley was arrested for criminal trespassing in Saint Anthony, North Dakota, while protesting against the Dakota Access Pipeline. She pleaded guilty and served a year of probation. Later that year, Woodley joined Our Revolution, a political organization that aims to get people educated about voting and urges citizens to get involved in the political process to work to organize and elect progressive politicians. Woodley received the Entertainment Industry Environmental Leadership Award at the 20th Anniversary Global Green Environmental Awards in September 2016. In July 2019, Woodley became an Oceans Ambassador for Greenpeace. She embarked on a three-week-long expedition to the Sargasso sea to study the impact of plastics on marine life.

Personal Life: Woodley, famously tight-lipped on her love life over the years, confirmed after many years of speculation that she was dating Australian-Fijian rugby player Ben Volavola in 2018. In April 2020, it was reported that their relationship had ended. 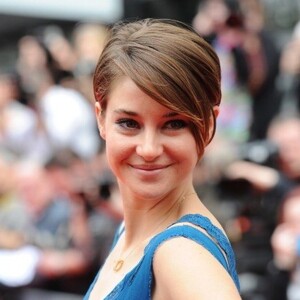