What is Shahrukh Khan's net worth?

Shahrukh Khan is an Indian actor, film producer, and TV personality who has a net worth of $600 million. Often called the King of Bollywood, Khan has appeared in more than 80 Bollywood films.

Shahrukh Khan was born November 2, 1965, into a Muslim family in New Delhi, India. He prefers his name to be written out as Shah Rukh Khan and is commonly called by the acronym SRK. His father had several business ventures including a restaurant, and the family lived a middle-class life in rented apartments. Khan went to St. Columba's School, in Rajendra Nagar where he excelled in football and hockey and received the school's highest honor, the Sword of Honour. Initially, Khan wanted to pursue a career in sports, however, due to a shoulder injury, he could no longer play. Instead, he acted in stage plays and received praise for his imitations of Bollywood actors.

Khan attended Hansraj College where he got his B.A. degree in Economics. During his undergraduate years, Khan spent much of his time at Delhi's Theatre Action Group (TAG), where he studied acting under the mentorship of theatre director Barry John. He received his Master's Degree in Mass Communication at Jaimia Millia Islamia. His father passed away in 1981 from cancer and his mother died in 1991 from complications of diabetes. After the death of their parents, SRK's older sister Shahnaz Lalarukh suffered from severe depression. He became her caretaker. She lives with him and his family to this day.

Khan's acting career started in the late 1980s with appearances on several television series. He moved from Delhi to Mumbai to pursue a career in Bollywood. Not long after, he booked four movies. He made his film debut in 1992's "Deewana." The film was a bit hit at the box office and officially launched Khan's career in Bollywood.

Khan began his career with appearances in several television series in the late 1980s. In 1991, Khan moved from Delhi to Mumbai to pursue a full-time career in Bollywood and was quickly signed to four films. His film debut was in "Deewana," which was released in June 1992. "Deewana" became a box office hit and launched Khan's Bollywood career. In the early 1990s, Khan was best known for playing villains as he did in 1993's "Darr" and "Baazigar" and in 1994's "Anjaam." In the mid-90s, Khan started being cast as the romantic lead in films including 1995's  "Dilwale Dulhania Le Jayenge," 1997's "Dil To Pagal Hai," 1998's "Kuch Kuch Hota Hai," 2000's "Mohabbatein," and 2001's  "Kabhi Khushi Kabhie Gham…"

In 2002, Khan received critical acclaim for his role as an alcoholic in "Devdas." He received more praise for his role as a NASA scientist in 2004's "Swades," a hockey coach in 2007's "Chak De! India," and a man with Asperger syndrome in 2010's "My Name Is Khan."  His highest-grossing films include the comedies "Chennai Express," "Happy New Year,"  "Dilwale," and the crime film "Raees."

Khan also has his own production company, Red Chillies Entertainment. Khan gets an enormous amount of media coverage in India thanks to starring in two or three films a year, appearing in television commercials, print ads, and on billboards. He has a fanatical fanbase that is estimated to be more than one billion strong. 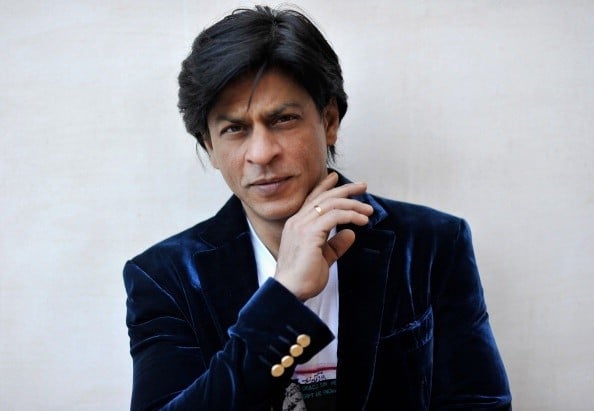 Shah Rukh Khan married Gauri Chibber in October 1991 after six years of dating. They have three children: sons Aryan and AbRam and daughter Suhana. Aryan is a student at the University of Southern California's School of Cinematic Arts and Suhana is studying drama and acting at New York University. His family practices both his Muslim and his wife's Hindu faiths.

During a 2019 interview with David Letterman on his Netflix show "My Next Guest," Khan recounted the early days of his courtship of his wife Gauri. Specifically, he spoke about how at one point in the early days of their relationship she moved to Mumbai to get away from him. He was too possessive. So what did Khan do? He got together a group of friends and went to Mumbai to find her. He basically stalked her.

Khan's philanthropic endeavors focus on health care and disaster relief. He was honored with UNESCO's Pyramide con Marni award in 2011 for his support of children's education and the World Economic Forum's Crystal Award in 2018 for his leadership in championing women's and children's rights in India. He regularly features in listings of the most influential people in Indian culture, and in 2008, Newsweek named him one of their fifty most powerful people in the world.

Shah Rukh Khan and his wife own a six-story, 26,328 square foot home in Mumbai called Mannat. Khan and his wife bought the home in 2001. It faces the Arabian Sea. He also owns a villa in the Palm Jumeirah in Dubai, UAE. The six-bedroom villa contains a spa, gym, and a panoramic view of the sea. Khan also has homes in New Delhi and London. 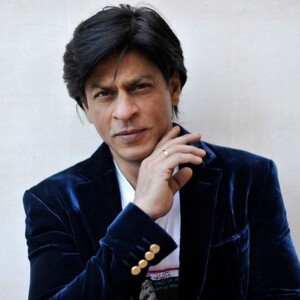