Shadoe Stevens Net Worth: Shadoe Stevens is an American actor, voiceover actor, and radio host who has a net worth of $3 million dollars. Born Terry Ingstad in Jamestown, North Dakota on November 3, 1947, Stevens has been active in the media industry since 1957. He is best known for hosting "American Top 4" from 1988 to 1995.

While in his career, he has covered topics from science fiction, to paranormal activity, to comedy and music, to theater and more. Stevens even co-founded "Cabo Wabo Radio" with Sammy Hagar and did voiceover on "The Late Late Show With Craig Ferguson". As a graduate of the University of North Dakota, he was a member of the Sigma Nu fraternity and majored in Commercial Art and Radio/TV Journalism. Stevens began as a radio DJ upon graduation and later received several awards for his broadcast work. He helped the creation of a new programming on the now world famous KROQ-FM, where he worked for five years. Stevens has been married three times-once from 1967 to 1978, then again from 1980 to 1984 to Cynthia Gaydos, and lastly to Beverly Cunningham in 1986. He has three children named Brad, Amber Dawn, and Chyna Rose. 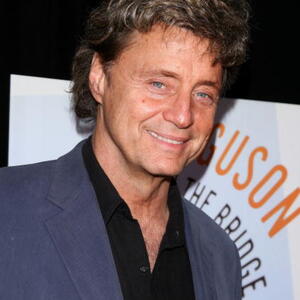