Seth Gabel Net Worth: Seth Gabel is an American actor who has a net worth of $2 million. Seth Gabel was born in Hollywood, Florida in October 1981. He is best known for his roles as Lincoln Lee on the TV series Fringe and Cotton Mather on the series Salem.

Seth graduated from New York University's Tisch School of the Arts. His debut film role was uncredited in the 2000 movie Tadpole. In 2002 Gabel appeared in episodes of the TV series 100 Centre Street and Sex and the City. In 2004 he had a recurring role as Adrian Moore on the television series Nip/Tuck. From 2007 to 2009 Gabel starred as Jeremy Darling in the TV series Dirty Sexy Money. In 2010 he had a recurring role as Zach in the series United States of Tara. From 2010 to 2013 he starred as Lincoln Lee in the series Fringe. In 2014 Gabel starred as Cotton Mather in the WGN America series Salem. Seth has also starred in the movies The Da Vinci Code, Jonah Hex, and Take Me Home Tonight. He has appeared in episodes of the TV series Law & Order: Special Victims Unit, The Closer, CSI: Crime Scene Investigation, Ironside, and Arrow. Gabel was nominated for a Saturn Award in 2011 for Best Guest Starring Role on Television for Fringe. Seth married actress (and daughter of Ron Howard) Bryce Dallas Howard in 2006 and the couple has two children together. 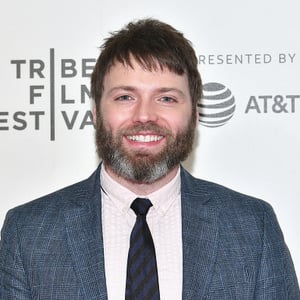