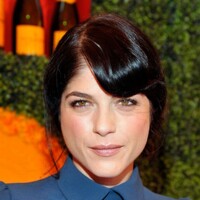 What is Selma Blair's Net Worth?

Selma Blair is an American actress who has a net worth of $6 million. Selma Blair is probably most famous for appearing in films like "Cruel Intentions" (1999), "Legally Blonde" (2001), "The Sweetest Thing" (2002), and "Hellboy" (2004). Selma Blair has had a rather peripatetic career that has seen her playing misfits, love interests, comic foils, and everything in between.  She made her professional debut with commercial work in the early 90s, and then scored her first television gig with a guest starring role on "The Adventures of Pete & Pete".  She made the leap to feature film in 1996, and spent the next few years appearing in smaller films and guest starring on a variety of television shows.  Her performance in "Cruel Intentions" in 1999 made her a household name, and since then, she has appeared in a number of high profile projects.  She is most widely recognized for her work in such films as "Legally Blonde", "The Sweetest Thing", "Hellboy", "Hellboy 2: The Golden Army", and "The Fog".  She also starred in the short-lived series, "Zoe, Duncan, Jack, and Jane" in the late 90s, and another short-lived series called "Kath & Jim" in 2008.  While most of her film roles have been rather dramatic, her television work has been primarily comedic.  In 2012, she signed on to appear opposite Charlie Sheen in his series, "Anger Management".  During the show's second season, she became more vocal about the difficulties of working with the notoriously volatile actor, and her contract was abruptly terminated.  She was replaced the same day and soon threatened to sue both Charlie Sheen and Lionsgate Entertainment for her abrupt dismissal. Selma earned critical and popular praise for her portrayal of Kris Jenner in three episodes of the award-winning FX series "The People v. O.J. Simpson: American Crime Story" (2016).

Selma Blair was born Selma Blair Beitner on June 23, 1972, in Southfield, Michigan. She grew up in a Jewish household with mother Molly (a judge), father Elliot (an attorney), and older sisters Elizabeth, Marie, and Katherine; in 2012, Elliot passed away at the age of 82. When Selma was 23, her parents divorced, and she legally changed her last name to Blair. She attended Hillel Day School and Cranbrook Kingswood, then enrolled at Kalamazoo College to study photography. At Kalamazoo College, Selma appeared in the play "The Little Theater of the Green Goose," and when she moved to New York City at age 20, she took acting classes at the Stonestreet Screen Acting Workshop, Stella Adler Conservatory, and the Column Theatre while attending New York University (NYU) and living at The Salvation Army. She later transferred from NYU to the University of Michigan, graduating magna cum laude in 1994. Blair had a double major in English and fine arts and earned a bachelor of arts in psychology and a bachelor of fine arts in photography. After graduation, she moved back to NYC.

Selma's first agent discovered her in an NYC acting class, and after going on 75 auditions, she booked a TV commercial for a Virginia theater and earned her Screen Actor's Guild membership. Blair made her television debut on a 1995 episode of Nickelodeon's "The Adventures of Pete & Pete," and her first film was 1996's "The Broccoli Theory." That year, she also appeared in the Kids in the Hall movie, "Brain Candy" and had an uncredited role on "The Dana Carvey Show." In 1997, Selma co-starred with Kevin Kline in "In & Out," played the lead in "Strong Island Boys," and could be heard talking on the phone with Sarah Michelle Gellar's Cici in the hit horror film "Scream 2." In 1999, Blair co-starred with Gellar, Reese Witherspoon, and Ryan Phillippe in "Cruel Intentions," which earned her an MTV Movie Award. Also in 1999, she began playing Zoe Bean on The WB's "Zoe, Duncan, Jack and Jane." 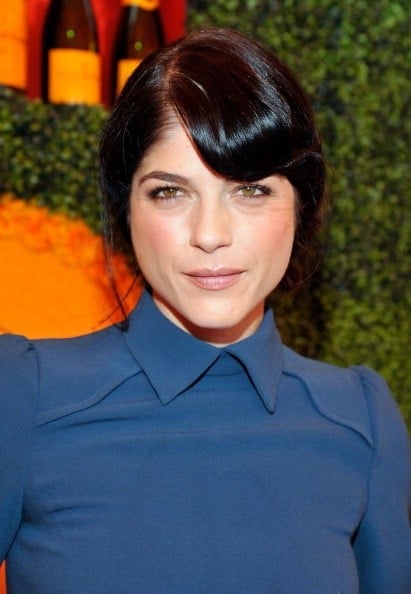 Selma started off the 2000s with the comedy "Down to You," and in 2001, she reunited with Witherspoon for "Legally Blonde," which grossed $141.8 million at the box office. In 2002, she co-starred with Cameron Diaz and Christina Applegate in "The Sweetest Thing," guest-starred on "Friends," and graced the cover of "Rolling Stone" magazine. In 2004, Blair played superhero Liz Sherman in "Hellboy," and she reprised her role in "Hellboy II: The Golden Army" (2008) as well as the animated straight-to-DVD films "Hellboy: Sword of Storms" (2006) and "Hellboy: Blood and Iron" (2007). In 2008, she began playing Kim on NBC's "Kath & Kim," which lasted one season, then guest-starred on "Web Therapy" (2010) and "Portlandia" (2011) before landing the role of Dr. Kate Wales on the FX series "Anger Management."

In 2016, Selma appeared in the films "Ordinary World" and "Mothers and Daughters" and played Kris Jenner, the ex-wife of O.J. Simpson's attorney Robert Kardashian, on Ryan Murphy's critically-acclaimed "The People v. O. J. Simpson: American Crime Story." She then appeared in the films "Mom and Dad" (2017), "After" (2019), and "After We Collided" (2020) and guest-starred on three episodes of the Netflix reboot of "Lost in Space" (2018–2019) and four episodes of "Heathers" (2018), which was based on the 1988 Winona Ryder-Christian Slater film. In 2019, Blair began playing Harper Glass on the Netflix sci-fi drama "Another Life."

Selma's childhood sweetheart passed away at the age of 18; she has said that he had epilepsy but that she doesn't know for sure what caused his sudden death. After dating for six months, Blair and writer/producer Ahmet Zappa wed on January 24, 2004, at Carrie Fisher's Beverly Hills mansion; the couple divorced in December 2006. Selma was in a relationship with her "Kath and Kim" co-star Mikey Day (now known as a "Saturday Night Live" cast member) from 2008 to 2010, then she had a son, Arthur (born July 2011), with fashion designer Jason Bleick, who she dated from 2010 to 2012.

Blair was diagnosed with multiple sclerosis in August 2018 after years of dealing with symptoms such as foggy memory, occasional falls, and dropping things. Selma has supported many charitable organizations, including the National Multiple Sclerosis Society, Operation Smile, Children's Action Network, and Staying Alive Foundation.

In 1999, Selma earned a Teen Choice Award nomination for Choice TV: Breakout Star for "Zoe, Duncan, Jack and Jane," and the following year, she was named Exciting New Face – Female at the Young Hollywood Awards and was nominated for two MTV Movie Awards, sharing the Best Kiss award with "Cruel Intentions" co-star Sarah Michelle Gellar. In 2002, Blair won the Young Hollywood Awards' Next Generation award and earned a Teen Choice Award nomination for Choice Movie: Actress Comedy for "The Sweetest Thing." She was honored with Operation Smile's Universal Smile Award in 2015, and the film "A Dark Foe" earned her a Best Actress award at the 2019 Barcelona Planet Film Festival and a Best Supporting Actress award at the 2020 Hollywood Reel Independent Film Festival. In 2011, Selma earned a Grammy nomination for Best Spoken Word Album for Children for the audiobook "Anne Frank: The Diary of a Young Girl: The Definitive Edition." She has also received nominations from the DVD Exclusive Awards, Fangoria Chainsaw Awards, and Scream Awards.