Selenis Leyva net worth: Selenis Leyva is an American actress who has a net worth of $2.5 million. She is best known for playing the role of Gloria Mendoza on the Netflix series Orange Is the New Black.

Selenis Leyva was born in Baracoa, Cuba in May 1972. Leyva was raised in The Bronx, New York and appeared in many Off-Broadway productions. In 2001 she starred in the TV series Taina. From 1999 to 2010 she had a recurring role as Detective Mariluz Rivera in the television series Law & Order. From 2011 to 2012 she had a recurring role as M.E. Craig on the TV series Blue Bloods. Her best known role has come starring as Gloria Mendoza in the series Orange Is the New Black since 2013. Leyva has starred in the movies Maria Full of Grace, Illegal Tender, and Sex and the City 2. She has also appeared in episodes of the TV series Law & Order: Special Victims Unit, Law & Order: Criminal Intent, Third Watch, The Sopranos, The Good Wife, Person of Interest, Elementary, and The Following. Leyva won an ALMA Award in 2014 and a Screen Actors Guild Award in 2015 for Orange Is the New Black.

Real Estate: In March 2021, Selenis paid $1.4 million for a home in the LA suburb of Woodland Hills. 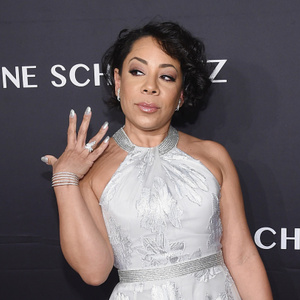