How much is Sean Stewart Worth?

Sean Stewart net worth: Sean Stewart is musician and television personality who has a net worth of $4 million. He is probably best known for being the son of singer, Rod Stewart, and Alana Collins. In 2007, he starred in the A&E reality series, Sons of Hollywood, and is also responsible for writing the theme song, "In Crowd." He also appeared on the 2008 season of Celebrity Rehab with Dr. Drew. Stewart currently appears on the E! Entertainment Network hit reality series called Stewarts & Hamiltons. The show follows the blended family of Alana Stewart which includes children from Alana's previous marriage to actor, George Hamilton as well as her previous marriage to Rod Stewart, with whom she had two children – Kimberly and Sean. With George Hamilton, Alana had a son named Ashley, who is an actor-singer, and Hamilton's younger son and namesake George Thomas Hamilton, or GT. In addition to appearing on reality television shows, Sean spent a brief part of his career modeling, and has been featured in runway shows for labels including Nico & Adrian and Rock & Republic. In 2015, while filming for Stewarts & Hamiltons, Sean was arrested in Florida for riding an airport baggage carousel on the way to a family trip to Haiti. 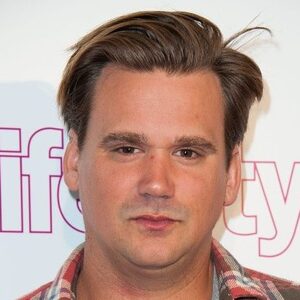