Sean Schemmel Net Worth: Sean Schemmel is an American voice actor, screenwriter and ADR director who has a net worth of $3 million dollars. Born Seán Christian Schemmel in Waterloo, Iowa on November 21, 1968, he has been active in the entertainment industry since 1998. Schemmel is most popular for his involvement with Dragon Ball Z and playing the voice of Goku.

Also, he has been the featured voice of several different Anime characters including Pokemon's Jimmy, Morrison, Lucario, Archie, Cyrus, Kodai, Kolress and Hugh. In his extensive voicing career, he has also appeared in video games and several non-Anime series like Teenage Mutant Ninja Turtles. His current agent is Arlene Thornton and Associates, as well as he has served as voice director for Ah! My Goddess, Midori Days, Nana 7 of 7, Sadamitsu the Destroyer, Samurai Deeper Kyo, Seven of Seven, Shrine of the Morning Mist, Space Pirate Mito, and The Weathering Continent. 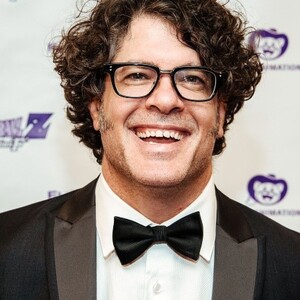