What is Sean Penn's Net Worth and Salary?

Sean Penn is an American actor, director and activist. Sean Penn has a net worth of $70 million. His net worth was previously much higher when combined with ex-wife Robin Wright. They were married from 1996 to 2010 and had two children together. Sean reportedly paid Robin a very large portion of his net worth as a divorce settlement. Reportedly as much as $50 million.

As of this writing Sean is the winner of two Academy Awards, for his roles in the films "Mystic River (2003) and "Milk" (2008). He has been active in the entertainment industry since the early 1980s.

Sean Justin Penn was born in Santa Monica, California, on August 17, 1960. His father Leo Penn was also an actor and director, and his mother Eileen Ryan was an actress. His older brother is musician Michael Penn. His younger brother Chris Penn was also an actor; he passed away in 2006. Penn was raised in a secular home, although his paternal side is Jewish, and his mother's family is Catholic). He attended Santa Monica High School, and count actors Emilio Estevez and Charlie Sheen among his childhood friends, as they lived nearby.

Penn first began his forays into film when he started making short films with his friends. His first official acting gig was as an extra on an episode of the television series "Little House on the Prairie" in 1974, when his father directed several episodes of the show.

Penn made his film debut in the 1981 action-drama film "Taps", portraying a military high school cadet. A year later, he starred in the popular comedy "Fast Times at Ridgemont High" (1982) as part of an ensemble cast that featured the likes of Forest Whitaker, Eric Stoltz, Jennifer Jason Leigh and Phoebe Cates. His portrayal of the laid-back stoner/surfer Jeff Spicoli helped popularize the word "dude" in American popular culture. However, the role that really established Penn as a serious actor was as troubled youth Mick O'Brien in the drama "Bad Boy" (1983).

In the 1980s, Penn continued to appear in films, including "Racing with the Moon" (1984), "The Falcon and the Snowman" (1985), "At Close Range" (1986), and the widely-panned "Shanghai Surprise" (1985) opposite his new wife at the time, singer Madonna. During the early 1990s he took a break from acting to focus on his directing career. He returned to the screen with a supporting role in 1993's "Carlito's Way", for which he was nominated for the Golden Globe Award for Best Supporting Actor. He continued his success with a leading role in "Dead Man Walking" (1995), for which he was nominated for an Academy Award for Best Actor. He was nominated for an Academy Award again in 1999 for his role in "Sweet and Lowdown" (1999), and again in 2001 for his portrayal of a mentally handicapped father in "I Am Sam". He finally won his first Academy Award in 2003 for his leading role in the crime drama "Mystic River".

In 2004, Penn starred in "The Assassination of Richard Nixon", and was invited to join the Academy of Motion Picture Arts and Sciences that same year. His next big role was in the film "All the King's Men" (2006), which was a resounding critical and commercial failure. He redeemed himself with his portrayal of real-life gay-rights icon and politician Harvey Milk in the 2008 biopic "Milk", for which he won his second Academy Award.

Directing and Other Ventures

Penn made his directorial debut with the film "The Indian Runner" (1991). He has also directed music videos for artists like Shania Twain, Lyle Lovett, and Peter Gabriel. Other films directed by Penn include the thriller "The Crossing Guard" (1995), mystery film "The Pledge", biographical drama "Into the Wild" (2007), and "The Last Face" (2016), which premiered at the 2016 Cannes Film Festival. His films have all been generally well-received by critics; "Into the Wild" was even nominated for two Golden Globes, winning the award for Best Original Song, and won Penn the Best Director Award from the Broadcast Film Critics Association and the Directors Guild of America.

Penn's debut novel "Bob Honey Who Just Do Stuff" was published by Atria Books in March 2018. 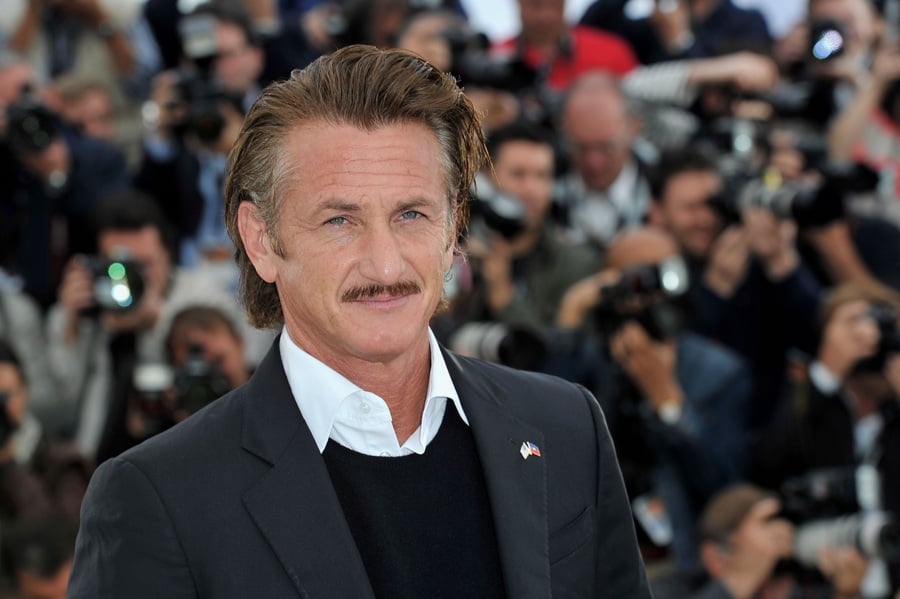 Penn was engaged to actress Elizabeth McGovern before beginning a relationship with pop singer Madonna. He first met Madonna in February 1985, and they married that August. Madonna first filed for divorce in December 1987, but withdrew the papers only to file again in January 1989.

Following the divorce, Penn began a relationship with actress Robin Wright, and together they have two children. While separated from Wright in 1995, Penn had a brief relationship with singer Jewel. However, he would reconcile with Wright, and they married in April 1996. Penn and Wright would go on to have a pattern of separations and reconciliations, eventually finalizing their divorce in July 2010. From 2013 to 2015, Penn dated actress Charlize Theron, and started dating actress Leila George in 2016.

Penn is well known for his political activism. He was a vocal critic of the administration of George W. Bush, and has traveled abroad several times for political and diplomatic reasons, including a 2005 reporting assignment for The San Francisco Chronicle in which he traveled to Iran.

From the 1980s to mid 1990s, Sean lived in Los Angeles, with homes in Malibu and the Hollywood Hills. After a series of fires and break-ins, in 1996 he and freshly married Robin paid $2.1 million for a home in Ross, Ca, 30 minutes north of San Francisco in Marin County. They proceeded to perform a massive overhaul renovation of the 2.2-acre property which is located across the street from a police station. After initiated divorce proceedings, the former couple listed the home for sale in 2008 for $15 million, just before the real estate bubble burst. They ultimately accepted $8 million in January 2010. 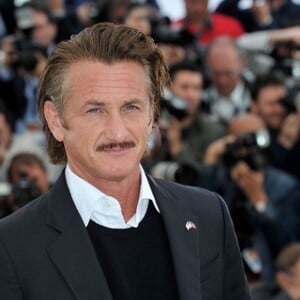