What is Sean Hayes' Net Worth and Salary?

Sean Hayes is an American actor and comedian who has a net worth of $20 million dollars. Sean Hayes is best known for his performance as Jack McFarland on the hit NBC sitcom "Will & Grace." He has also been in such movies as "Pieces of April," "The Bucket List," and "Hit and Run," and has been in Broadway productions including "An Act of God" and "Promises, Promises." Beyond acting, Hayes runs a production company that has produced television shows such as "Grimm," "Hot in Cleveland," and "Hollywood Game Night."

Sean Hayes was born in 1970 in Chicago, Illinois as the youngest of five siblings. His mother, Mary, was the director of the non-profit Northern Illinois Food Bank, while his father, Ronald, was a lithographer. He is of Irish descent, and was brought up Roman Catholic in the Chicago suburb of Glen Ellyn. When Hayes was five, his alcoholic father left the family. As a teenager, Hayes attended Glenbard West High School, and then studied piano performance at Illinois State University. Hayes left Illinois State only a few classes short of graduation so he could become the musical director at the Pheasant Run Theater in St. Charles, Illinois. Later on, he did improv at The Second City in Chicago, and composed original music for a Steppenwolf Theatre Company production of "Antigone." In 1995, Hayes moved to Los Angeles, where he found work doing stand-up comedy and acting in commercials.

"Will & Grace" and Early TV Career

Two years after appearing in an episode of the crime drama "Silk Stalkings," Hayes landed his most famous role as the flamboyantly gay Jack McFarland on the NBC sitcom "Will & Grace." A massive success, the show had its original run from 1998 to 2006; for his performance, Hayes received seven consecutive Emmy Award nominations, winning on his first. Additionally, he earned six Golden Globe Award nominations. During this time, Hayes appeared in episodes of "Scrubs," "Tom Goes to the Mayor," and "Lovespring International," and also hosted an episode of "Saturday Night Live." In 2002, he played famed comedian Jerry Lewis in the made-for-television film "Martin and Lewis," for which he earned a Screen Actors Guild Award nomination. In the latter half of the 2000s, Hayes guest-starred in episodes of the sitcoms "Campus Ladies" and "30 Rock."

In 2010, Hayes served as the host of the 64th Tony Awards; the gig earned him an Emmy for Outstanding Special Class Program. After this, Hayes executive-produced a number of shows through his company Hazy Mills Productions, which he had founded with friend and former classmate Todd Milliner in 2004. Among the shows he has executive-produced are the TV Land original comedy series "Hot in Cleveland," starring Betty White; the NBC supernatural police procedural "Grimm"; the game show "Hollywood Game Night," hosted by Jane Lynch; and the short-lived sitcoms "The Soul Man," "Sean Saves the World," and "Crowded."

In the 2010s, Hayes guest-starred on such shows as "Portlandia," "Parks and Recreation," "Up All Night," the musical drama "Smash," and the adult animated series "American Dad!" In 2014, he had a recurring role in 11 episodes of the sitcom "The Millers," starring Will Arnett and Margo Martindale. Subsequent credits include the variety show "Maya & Marty," the television musical special "Hairspray Live!," and the animated children's program "Tangled: The Series." From 2017 to 2020, Hayes reprised his star-making role as Jack McFarland on the NBC revival of "Will & Grace." 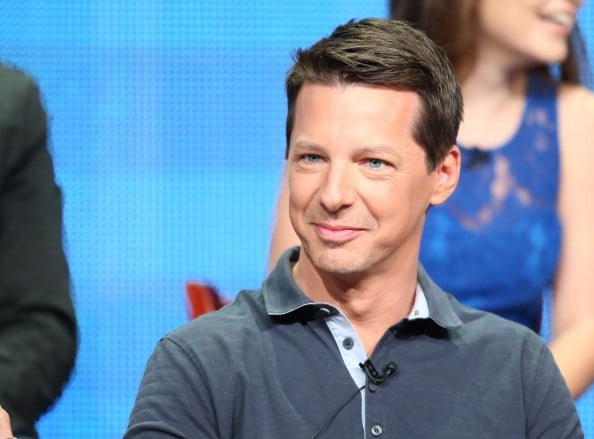 On the big screen, Hayes made his feature film debut in the 1998 gay romantic comedy "Billy's Hollywood Screen Kiss," which garnered him much recognition. He subsequently did a voice role in the kids' pet comedy "Cats & Dogs," and appeared in the acclaimed 2003 independent dramedy "Pieces of April," costarring Katie Holmes and Patricia Clarkson. Also in 2003, he played both Mr. Hank Humberfloob and the Fish in the live-action film adaptation of "The Cat in the Hat." Other credits in the 2000s include the romcom "Win a Date with Ted Hamilton!"; Rob Reiner's buddy comedy "The Bucket List," starring Jack Nicholson and Morgan Freeman; the musical comedy "Soul Men," with Samuel L. Jackson and Bernie Mac; and the animated fantasy film "Igor," in which he lent his voice to the character Brain.

Among Hayes' later films are the slapstick comedy "The Three Stooges," Dax Shepard's action comedy "Hit and Run," Disney/Pixar's "Monsters University," the animated children's film "The Emoji Movie," and the comedy "Lazy Susan." There's also "Am I Ok?," a drama film with Dakota Johnson and Tig Notaro, directed by both Notaro and Stephanie Allynne.

Hayes made his professional theatre debut in 2008, starring in the role of Applegate in an off-Broadway production of "Damn Yankees." In 2010, he made his Broadway debut in a revival of the musical "Promises, Promises"; for his performance as Chuck Baxter, he earned both Drama League and Tony Award nominations. In 2016, after performances in San Francisco and Los Angeles, he starred as God in David Javerbaum's play "An Act of God."

For many years, Hayes declined to discuss his sexual orientation. However, in a 2010 interview, he implied his homosexuality, and indicated that he was in a relationship. In 2014, he announced that he had wed his partner of eight years, Scott Icenogle. With his husband, Hayes produces lip-sync videos on the YouTube channel The Kitchen Sync. The couple has also written a book called "Plum." 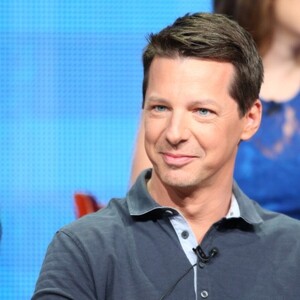