How much is Sean Giambrone Worth?

Sean Giambrone net worth and salary per episode: Sean Giambrone is an American actor and voice actor who has a net worth of $6 million. Sean Giambrone was born in Michigan in May 1999. From 2013 to 2018 he provided voice roles for the television series Clarence. One of his best known roles has come starring as Adam Goldberg on the TV series The Goldbergs starting in 2013. Giambrone has provided voices for the movies The Emoji Movie and Ralph Breaks the Internet as well as for the TV series Big Hero 6: The Series, Adventure Time, and Solar Opposites. He appeared in the television movie Kim Possible and in the TV series R.L. Stine's The Haunting Hour: The Series. In 2016 Sean Giambrone was nominated for a Young Artist Award for Best Performance in a TV Series – Leading Young Actor (14 – 21) for The Goldbergs. He started acting at nine years old and appeared in commercials for McDonald's and Friendly's Restaurants. 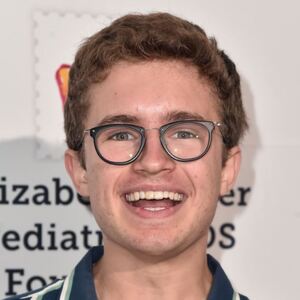