What was Sean Connery's Net Worth and Salary?

Sir Sean Connery was a Scottish actor and producer who had a net worth of $350 million at the time of his death in 2020. He was probably best-known for playing James Bond, but enjoyed an extremely prolific, multi-decade acting career that produced an Academy Award, Golden Globe, and a BAFTA Award. He appeared in more than 70 films, including "The Untouchables" (1987), "Indiana Jones and the Last Crusade" (1989), and "The Hunt for Red October" (1990). Sean starred in 7 "James Bond" movies.  He is frequently called "the greatest James Bond of them all". During his life he was also considered "The Greatest Living Scotsman." Connery was knighted by Queen Elizabeth II in July 2000. Sean Connery died on October 31, 2020 at the age of 90.

Lord of the Rings Mistake

Sean Connery is known for making what turned out to be one of the worst film role decisions in movie history. He famously turned down the opportunity to play Gandalf in the original "Lord of the Rings" trilogy.

Before Lord of the Rings became a massive worldwide success, it was seen as a VERY risky undertaking for Time Warner's movie studio New Line Cinema. With a budget of $281 million, the three films (filmed back to back) were the most expensive movies of all time to that point. The movie also lacked a truly big Hollywood name that would guarantee ticket sales. For all these reasons, the producers desperately wanted to lock in a huge star for the crucial role Gandalf. Their first choice was Sean Connery.

In order to convince Connery to sign on to the film, the producers pulled out all the stops. In addition to a $10 million per film salary, they offered Connery 15% of the box office for all three movies.

Connery declined the part because he "did not understand the script."

The three movies would go on to make $3 billion at the global box office. Connery's 15%  would have resulted in an estimated $450 million payday.

Sean Connery was born Thomas Sean Connery on August, 25, 1930, in Fountainbridge, Edinburgh, Scotland. His mother, Euphemia, was a laundress, and his father, Joseph, was a truck driver and factory worker. Sean (then known as "Tommy") became a big brother at the age of 8 when brother Neil was born. Connery enjoyed playing tag and soccer as a child, and he showed an aptitude for math at Tollcross Elementary School.

Connery dropped out of school at 13 to work at a dairy and joined the Royal Navy at 16; when he was 19, he was released from service 4 years early as a result of stomach ulcers. After his military service, Sean came home and worked several jobs, including laying bricks, shoveling coal, and posing for aspiring artists at the Edinburgh Art School. He joined the Dunedin Weightlifting Club and competed in a Mr. Universe contest in 1953, coming in third place in the tall men's division. A casting director was in the audience and cast Connery in a London production of "South Pacific." After just 1 rehearsal, Sean decided that he wanted an acting career. 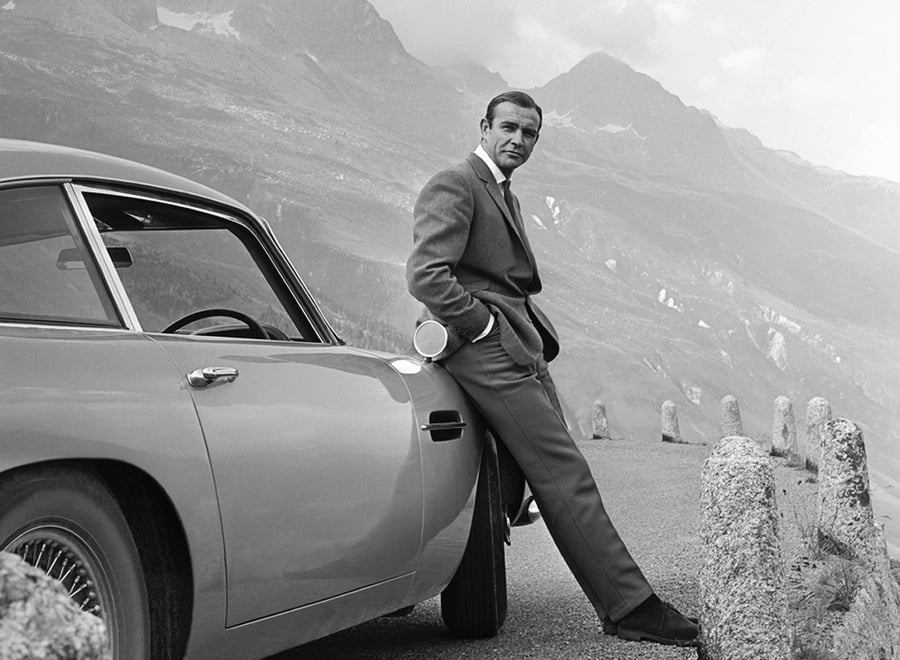 Connery also starred in "Murder on the Orient Express" (1974), "The Man Who Would Be King" (1975), "Highlander" (1986), "Finding Forrester" (2000), and dozens of other films. He was paid $250,000 for his role in 1991's "Robin Hood: Prince of Thieves," and he donated the entire sum to charity. "The League of Extraordinary Gentlemen" (2003) was Connery's last film before his retirement in 2006. Despite his retirement, in 2012, he voiced the title role in animated feature "Sir Billi" (which he also produced) and narrated "Ever to Excel," a documentary about the history of Scotland's St Andrews University.

Sean married actress Diane Cilento in 1962, and they welcomed a son, Jason (born in January 1963), before separating in 1971; Jason grew up to be an actor and director. Connery was married to painter Micheline Roquebrune from 1975 until his death, though he did have an affair with pop star Lynsey de Paul in 1989.

Connery enjoyed golf For 20 years he owned the Domaine de Terre Blanche in France, which was turned into a luxury golf resort when he sold the property to billionaire Dietmar Hopp. Sean also trained in martial arts and earned a black belt in Kyokushin karate. He was an avid supporter of Rangers F.C., a Scottish Premiership football club.

In 1988, Connery won an Academy Award and a Golden Globe for his role in "The Untouchables." He went on to win two more Golden Globes: the Henrietta Award for World Film Favorite (1972) and the Cecil B. DeMille Award (1996). Sean earned 38 major awards for his film work, including Lifetime Achievement Awards from the Academy of Science Fiction, Fantasy & Horror Films, the American Film Institute, and the European Film Awards. He was also awarded a Kennedy Center Honor in 1999. Connery was voted "Scotland's Greatest Living National Treasure" in a 2011 EuroMillions survey and was named "People" magazine's "Sexiest Man Alive" in 1989 and "Sexiest Man of the Century" 10 years later (at the age of 69).

In 1999, Connery and his wife sold their home in Marbella Spain for €6.4m. After the sale, luxury apartments were built on the spot, leading to an investigation for alleged tax evasion; Sean was cleared of any wrongdoing, but Micheline was charged with tax property fraud. Connery owned homes in Greece and the Bahamas; in Greece, King Willem-Alexander of the Netherlands was his neighbor. They shared a helicopter platform.