Sean Astin net worth and salary: Sean Astin is an American actor who has a net worth of $10 million. Sean Astin is an American actor best known for playing the role of Samwise Gamgee in The Lord of the Rings. He was recognized for his performance in these films, both in terms of his individual performance as well as collectively with the ensemble, and has also received acclaim for other acting work, including roles in  The Goonies and Stranger Things.

Early Life: Astin was born on February 25, 1971 in Santa Monica California. His mother, actress Patty Duke, was involved in relationships with both Desi Arnaz Jr. and Michael Tell at the time and was not entirely sure who Astin's father was. Tell offered to marry her while she was pregnant in order to avoid scandal, though their marriage lasted only 13 days and they separated before Astin was born.

In 1972, Duke married actor John Astin who adopted Astin. The couple were married until 1985 and Astin considers him to be his father. Duke then married Mike Pearce in 1986. In his mid-20s, Astin, still uncertain as to who his biological father was, submitted to genetic testing which revealed Tell to be his biological father. He had also gotten close to Arnaz in his young adult life and maintains a relationship with Tell, Arnaz, Astin, and Pearce, considering himself to have four fathers.

Astin began acting while still a child and developed his skills at Crossroads High School for the Arts as well as at the Stella Adler Conservatory in Los Angeles. He then enrolled in college at UCLA, where he studied history and English.

Acting Career: Astin's first role was in 1981, at the age of ten, when he played opposite of his mother, Duke, in Please Don't Hit Me, Mom. His first taste of fame was in the 1985 film, The Goonies, which was very well-received at the time of its release and since gone on to become a cult classic. Astin continued acting throughout his teens and early 20s, appearing in the films Like Father Like Son, The War of Roses, Toy Soldiers, and Rudy, among others.

While Astin's career had been successful through the 1980s and 90s, it really took off when he landed one of the starring roles in The Lord of the Rings films. Astin played Samwise Gamgee, companion to Frodo Baggins during the epic journey through Middle Earth. Astin spent much of the early 2000s filming the movies on set in New Zealand under director Peter Jackson. The trilogy was hugely successful, with the films earning multiple nominations and awards, including the Academy Award for Best Picture in 2004. Astin's individual performance was also recognized, as he one the 2003 Saturn Award for Best Supporting Actor for his role in The Lord of the Rings: The Return the of King.

Astin has remained close with his former The Lord of the Rings costars, even getting a commemorative tattoo of the world "nine" along with seven of the eight other actors who were in the Fellowship of the Ring.  His experience working on the films is detailed in his memoir, There and Back Again, which was released in 2004. The book title is inspired by a fictional memoir written by Bilbo Baggins within The Lord of the Rings. 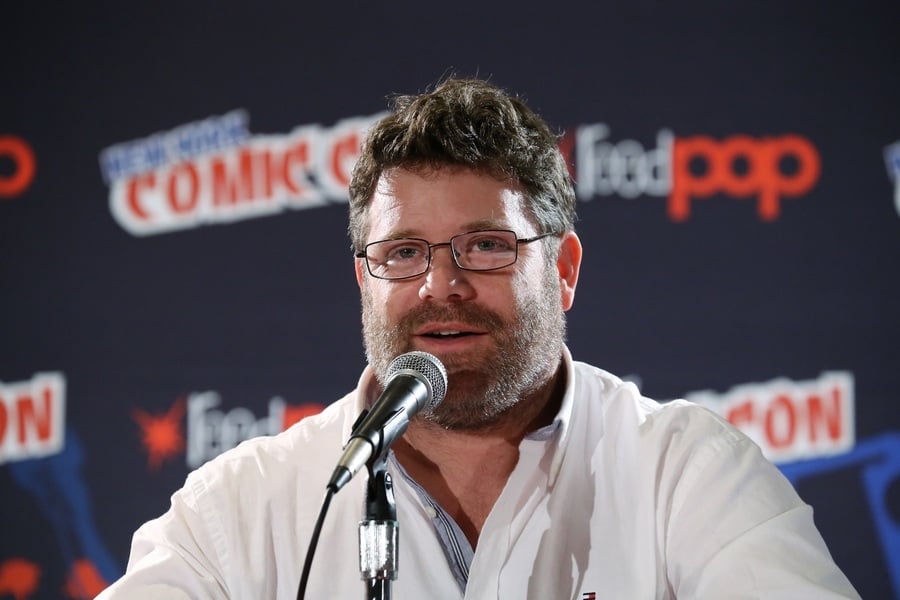 While in New Zealand filming, Astin also made a short film, The Long and Short of It. The film was completed with the assistance of Peter Jackson, as well as other cast members, and premiered at the Sundance Film Festival in 2003.

After The Lord of the Rings, Astin has continued working both in television and film, as well as in voice-over work. His voice can be heard in Meerkat Manor, Balto III: Wings of Change, and the animated Nickelodeon Teenage Mutant Ninja Turtles series, which ran from 2012 to 2017.

He has appeared in a number of television series, including Monk, 24, NCIS, Law & Order, The Big Bang Theory, and Brooklyn Nine-Nine. He also had a recurring role on the third season on the popular sci-fi series, Stranger Things. His films include 50 First Dates, Click, Woodland, and The Freemason. Astin won a Utah Film Award for Best Actor for his role in The Freemason in 2014.

Lord of the Rings Salary: Astin reportedly earned just $250,000 for the first Lord of the Rings movie. He received unsubstantial raises for the sequels and does not earn any royalties off the franchise. He does earn royalties from the merchandise and was given a nice one-time payment for his promotional duties connected to the third movie.

Personal Life: On July 11, 1992, Astin married Christine Harrell. The couple remain married and have since had three daughters: Alexandra, Elizabeth, and Isabella. Alexandra, who was already a young girl by the time her father was shooting the final installment of The Lord of the Rings trilogy, had a small role in the film, playing the part of Samwise Gamgee's daughter.

Astin and Harrell have collaborated together professionally numerous times. In 1994, they co-produced the short film Kangaroo Court, which received an Academy Award nomination for Best Live Action Short Film. The two also bought the film rights to the Lois Lowry novel, Number the Starts, which they plan to direct and produce together.

Astin enjoys running as a pastime and has completed a number of races most notably the 2015 Ironman World Championship held in Hawaii. He has publicly supported a number of Democratic politicians on social media, including John Kerry in 2004, Hillary Clinton in 2008 and 2016, and Joe Biden in 2020. He got even more involved in politics in 2011, supporting his friend Dan Adler in his bid for the California 36th congressional district. Astin acted as his campaign manager. 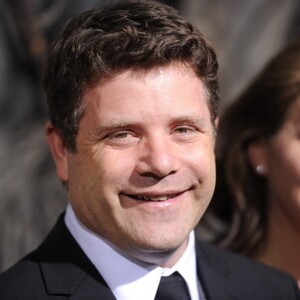