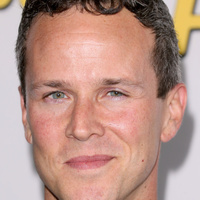 Scott Weinger net worth: Scott Weinger is an American actor, television producer and writer who has a net worth of $6 million. Scott Weinger is perhaps most famous for providing the voice of the character Aladdin in Disney feature film by the same name. He also played the same role in two-direct-to-video sequels for the Disney Channel television series, as well as the Kingdom Hearts Series. Some of his other notable credits include the role of D.J. Tanner's boyfriend "Steve" on Full House for two seasons. He currently writes for both comedy and drama for TV. Scott was born on October 5, 1975 in Manhattan, New York. He grew up in Florida then moved to Los Angeles when he started his career. He became interested in acting in the third grade, and his first job was a national television commercial for Ideal Toys. He left his acting career in the fall of 1994 to attend Harvard University. During his days at Harvard he was a youth correspondent for Good Morning America. He majored in English and graduated from Harvard magna cum laude in June 1998. Scott was a writer for the critically acclaimed drama Privileged which aired on the CW Television Network, as well as the writer-producer for the CW drama 90210 in 2011. Scott Weinger has appeared in the re-boot of Full House, Fuller House.