Scott McKenzie Net Worth: Scott McKenzie was an American singer and songwriter who had a net worth of $1.5 million. Scott McKenzie was born in Jacksonville, Florida in January 1939 and passed away in August 2012. He is best known for his hit single "San Francisco (Be Sure to Wear Flowers in Your Hair)".

He sang in a high school group called The Singing Strings and a doo wop band called The Abstracts. The Abstracts changed their name to The Smoothies and recorded two singles for Decca Records. In 1961 McKenzie formed the folk group The Journeymen who recorded three albums for Capitol Records. He declined an invitation to join The Mamas & The Papas to go solo. His debut solo studio album The Voice of Scott McKenzie was released in 1967 and his only other album Stained Glass Morning was released in 1970. McKenzie's best known song "San Francisco (Be Sure to Wear Flowers in Your Hair)" was released in 1967 and used to promote the Monterey International Pop Music Festival. The song has been called the "unofficial anthem" of the counterculture movement of the 1960s. The song stayed at #4 on the Billboard Hot 100 chart for four weeks in a row and hit #1 in the UK. The single has sold more than seven million copies worldwide. It has been used in movies such as The Rock and Forrest Gump. Scott co-wrote the #1 single "Kokomo" for the Beach Boys. Later in his career McKenzie sang with the road version of The Mamas and the Papas. Scott McKenzie started suffering from Guillain-Barre syndrome in 2010 and passed away on August 18, 2012 at 73 years old. 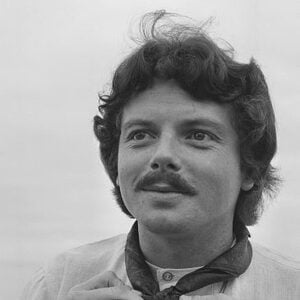