Scott Glenn net worth and salary: Scott Glenn is an American actor who has a net worth of $4 million. He is best known for his roles in Urban Cowboy, The Right Stuff, Silverado, The Hunt for Red October, The Silence of the Lambs, Training Day, The Bourne Ultimatum, and Sucker Punch.

He was born in Pittsburgh, Pennsylvania in 1939 and struggled with his health as a child, he even spent a year where he was so sick that he was bed-ridden. Through intense training programs he recovered from his illness and also overcame a limp. He went on to graduate from high school and joined the Marines for three years, followed by a job as a reporter for the Kenosha Evening News.

In 1965, after studying acting for a few years, he made his Broadway debut in The Impossible Years, and by 1968 joined The Actors Studio, which helped him begin working in professional theatre and television with more regularity. In 1970, he received a role in The Baby Maker, and went on to create quite a lucrative career in acting. His career has spanned over four decades and he has appeared in over 60 films throughout the years.

Glenn married Carol Schwartz in 1967. He actually converted to his wife's Judaism upon their marriage. His wife is a ceramist by trade and the couple have two children. 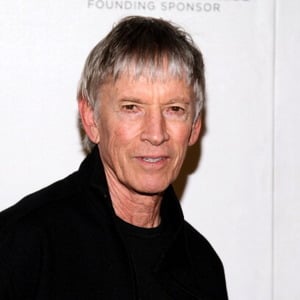