Scott Evans net worth: Scott Evans is an American actor who has a net worth of $3 million. Scott Evans was born in Subdbury, Massachusetts in September 1983. His older brother is actor Chris Evans. One of his best known roles came starring as Oliver Fish on the soap opera One Life to Live from 2008 to 2010.

Scott Evans has also had recurring roles on the television series Guiding Light, White Collar, Go-Go Boy Interrupted, Daytime Divas, and Grace and Frankie. Evans has starred in the movies Confessions of a Shopaholic, The Lovely Bones, Behaving Badly, Before We Go, Playing It Cool, Lily & Kat, Close Range, and more. He has also appeared in episodes of the TV series Law & Order: Criminal Intent, Fringe, Law & Order, and more. Scott Evans studied acting at New York University. He is the nephew of United States Congressman Mike Capuano and came out as being gay at 19 years old. 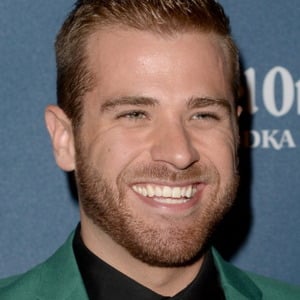