What is Scott Eastwood's Net Worth?

Scott Eastwood is an American actor who has a net worth of $12 million dollars. The son of Clint Eastwood, he has appeared in his father's films "Flags of Our Fathers," "Gran Torino," and "Invictus." His other film credits have included "Fury," "The Longest Ride," "Suicide Squad," "The Fate of the Furious," "The Outpost," and "Wrath of Man."

Scott Eastwood was born as Scott Clinton Reeves on March 21, 1986 in Monterey, California. His father is actor and director Clint Eastwood, while his mother is flight attendant Jacelyn Reeves. Eastwood has a younger sister named Kathryn, plus six known half-siblings from his father: Laurie, Kimber, Kyle, Alison, Francesca, and Morgan. Until the age of 10, he was raised in Carmel-by-the-Sea; afterward, he moved with his mother to Hawaii, where he lived for four years. Eastwood then moved back to California, and attended Carmel High School. He went on to enroll at Loyola Marymount University in Los Angeles, graduating in 2008 with a degree in communications.

To avoid the effects of nepotism, Eastwood started his film career using his given surname of Reeves. He was credited this way in his first five credits, which were his father's war film "Flags of Our Fathers"; the crime drama "An American Crime"; the biographical film "Pride"; the crime film "Player 5150"; and his father's drama "Gran Torino." However, because there is another actor named Scott Reeves, Eastwood decided to switch to his father's surname to prevent confusion in the future. He subsequently appeared in the family film "Shannon's Rainbow" and his father's biographical sports drama "Invictus," both released in 2009.

In 2011, Eastwood had a notable starring role in the psychological thriller "Enter Nowhere," about four strangers from different time periods trapped together in a forest cabin in 1945 Poland. Eastwood starred alongside Sara Paxton, Christopher Denham, and Katherine Waterston in the film. Also in 2011, he lent his voice to the animated Christian kid's movie "The Lion of Judah." Eastwood was next in the art forgery drama "The Forger," and appeared alongside his father in the sports film "Trouble with the Curve." Following this, he played Deputy Carl Hartman in the slasher film "Texas Chainsaw 3D." Eastwood subsequently had a major year in 2014, appearing in three films. In the World War II film "Fury," he played a supporting role in a cast featuring Brad Pitt, Logan Lerman, Jon Bernthal, Michael Peña, Shia LaBeouf, and Jason Isaacs. Eastwood had a bigger part in the biographical drama "The Perfect Wave," in which he starred as surfer-turned-minister Ian McCormack. He had another leading role as a surfer in the thriller "Dawn Patrol," costarring Rita Wilson, Kim Matula, and Chris Brochu. 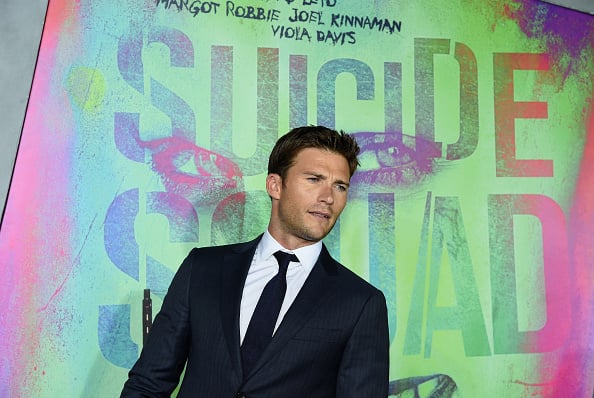 Eastwood continued to appear in leading roles in 2015. His first release of the year was the Nicholas Sparks adaptation "The Longest Ride," in which he starred as professional bull rider Luke Collins opposite Britt Robertson's art student Sophia Danko. Next, Eastwood played a former member of Union General Sherman's army in the revisionist Western thriller "Diablo," costarring Walton Goggins, Camilla Belle, and Danny Glover. Finally, he starred in the action film "Mercury Plains." Eastwood subsequently had supporting roles in Oliver Stone's biographical thriller "Snowden" and the DC Comics superhero film "Suicide Squad," in which he played a Navy SEAL Lieutenant. In 2017, he was in two action thrillers: "The Fate and the Furious" and "Overdrive," in the latter of which he starred as one half of a fraternal international car thief duo. Eastwood's other credits have included the science-fiction monster film sequel "Pacific Rim: Uprising"; the war film "The Outpost"; the action thrillers "Wrath of Man" and "Dangerous"; and the Amazon romantic comedy "I Want You Back," costarring Charlie Day, Jenny Slate, Manny Jacinto, and Gina Rodriguez.

Although primarily a film actor, Eastwood has appeared in a handful of other media. In 2013 and 2014, he made guest appearances on the television procedural drama series "Chicago Fire" and "Chicago PD," respectively. Later, in 2015, he played Taylor Swift's love interest, Robert Kingsley, in the music video for Swift's song "Wildest Dreams."

Eastwood was in a previous relationship with Jewel Brangman, who was killed in 2014 in a car accident by a faulty airbag. He opened up about this tragedy to the media in 2016. Later, Eastwood started dating wellness consultant Maddie Serviente.

As a pastime, Eastwood practices the martial art of Brazilian jiu-jitsu, which he was introduced to by the late Paul Walker.

In 2018, Eastwood purchased a $2.68 million custom home on a ridge in Encinitas, California. The abode boasts four bedrooms and four-and-a-half bathrooms over 3,700 square feet. The interior includes vaulted and beamed ceilings and a master suite, while the exterior features a covered sun deck, a patio, a fire pit, a dining area, and landscaped grounds with a swimming pool. 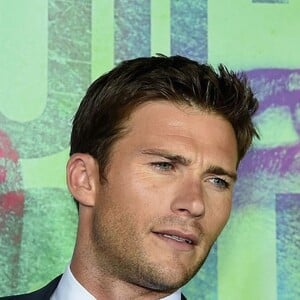