Scott Caan net worth: Scott Caan is an American actor who has a net worth of $16 million. Scott Caan earned his net worth as an actor in many films and television dramas. Scott Andrew Caan was born in Los Angeles, California in August 1976 and is currently co-starring in the TV series Hawaii Five-O.

He is the son of actor James Caan and his mother is an actress and former model. Scott worked as a roadie for rap groups House of Pain and Cypress Hill. He was also a member of the group The Whooliganz. The group was signed to Tommy Boy records. Caan rolled at the Playhouse West acting school and started appearing in films in the late 90s. He got his big acting break in the 1999 film Varsity Blues. He then went on to star in Ready to Rumble, Boiler Room, and American Outlaws. He appeared in the Ocean's Eleven trilogy and the TV series Entourage. Starting in 2010 Caan has played the role of Detective Danny Williams on the CBS series Hawaii Five-O. For this role he received a nomination for Best Supporting Actor in a Series from the Golden Globes. Working in film has inspired Caan to take up photography. He published Scott Caan Photographs, Vol. 1. In 2009. He is a brown belt in Jiu-Jitsu and an active volunteer with Surfers Healing. 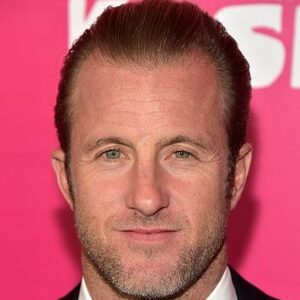