Scarlett Pomers net worth: Scarlett Pomers is an American actress and singer-songwriter who has a net worth of $2 million. Scarlett Pomers was born in Riverside, California in November 1988. She was discovered by an agent at a shopping mall when she was three years old. The same year she made her debut in the Michael Jackson music video "Heal the World" and started appearing in commercials.

At five years old Pomers made her feature film debut in the movie The Baby-Sitters Club. From 1998 to 2001 she starred as Naomi Wildman in the television series Star Trek: Voyager. From 2001 to 2007 Pomers starred as Kyra in the TV series Reba. She has starred in the movies Slappy and the Stinkers, Mighty Joe, Happy, Texas, and Erin Brockovich. Pomers has also appeared in episodes of the TV series Touched by an Angel, The Jeff Foxworthy Show, Diagnosis Murder, Providence, Judging Amy, and That's Life. Pomers has won five Young Artist Award and has been nominated for four more. She founded the band SCARLETT and her debut Ep Insane was released in 2010. 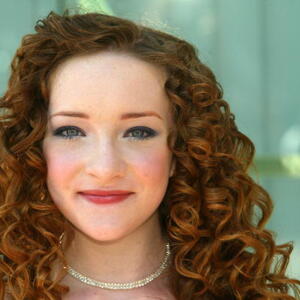