What is Scarlett Johansson's Net Worth and Salary?

Scarlett Johansson is an American actress who has a net worth of $165 million. She is one of the most-popular and highest-paid actresses in the world, and has been for over a decade. She is one of the high-grossing box office stars of all time, with her films grossing over $14.3 billion worldwide. She is also an extremely well-paid brand endorser. She easily makes $10 – $20 million per film and routinely makes $10 – $20 million per year from endorsements.

Scarlett Ingrid Johansson was born on November 22, 1984 in Manhattan, New York. She has two older siblings and an older half-brother from her father's first marriage, as well as a twin brother. Johansson is a dual citizen, she holds both American and Danish citizenship. She received her Danish citizenship through her father, an architect originally from Copenhagen, Denmark.

Johansson had long held dreams of becoming an actress, and enrolled at the Lee Strasberg Theatre Institute and the Professional Children's School as a child. Her film debut came in 1994, when she appeared a John Ritter's daughter in the fantasy comedy "North." She later landed minor roles as the daughter of Sean Connery and Kate Capshaw's characters in "Just Cause" (1995), and as an art student in "If Lucy Fell" (1996). Her first leading role was as Amanda in "Manny & Lo" (1996), and her performance earned her a nomination for the Independent Spirit Award for Best Lead Female. She continued to appear in films such as "Fall" (1997), "Home Alone 3" (1997), "My Brother the Pig" (1999) and "The Man Who Wasn't There" (2001). She began attracting wider attention after her role in "The Horse Whisperer" (1998), for which she was nominated for the Chicago Film Critics Association Award for Most Promising Actress.

Her big breakthrough came in 2001 with the black comedy "Ghost World." Despite the film's poor box office performance, Johansson's acting earned widespread praise. After graduating from Professional Children's School and being rejected from New York University's Tisch School of the Arts in 2002, Johansson decided to focus full time on her film career, and transition from teen to more adult roles.

She made the leap to adult roles with "Lost in Translation", opposite Bill Murray, for which she was nominated for a Golden Globe and won a BAFTA. She followed the performance with "The Girl With the Pearl Earring", for which she was again nominated for both a Golden Globe and a BAFTA. In 2004 she had five film releases: "The Perfect Score," "A Love Song for Bobby Long," "A Good Woman," the live-action animated comedy "The SpongeBob SquarePants Movie," and "In Good Company."

She began working with director Woody Allen in 2005 with the drama "Match Point." They continued to work together on "Scoop" (2006) and "Vicky Cristina Barcelona" (2008), for which she was nominated for an Academy Award for Best Supporting Actress. In 2010, she appeared opposite Robert Downey, Jr in Iron Man 2 as the anti-heroine Black Widow. That would be the beginning of her long-term relationship with the Marvel Cinematic Universe (MCU). She has since reprised her role as Black Widow in "The Avengers" (2012), "Captain America: The Winter Soldier" (2014), "Avengers: Age of Ultron" (2015), "Captain America: Civil War" (2016), and "Avengers: Infinity War" (2018), among other MCU films. 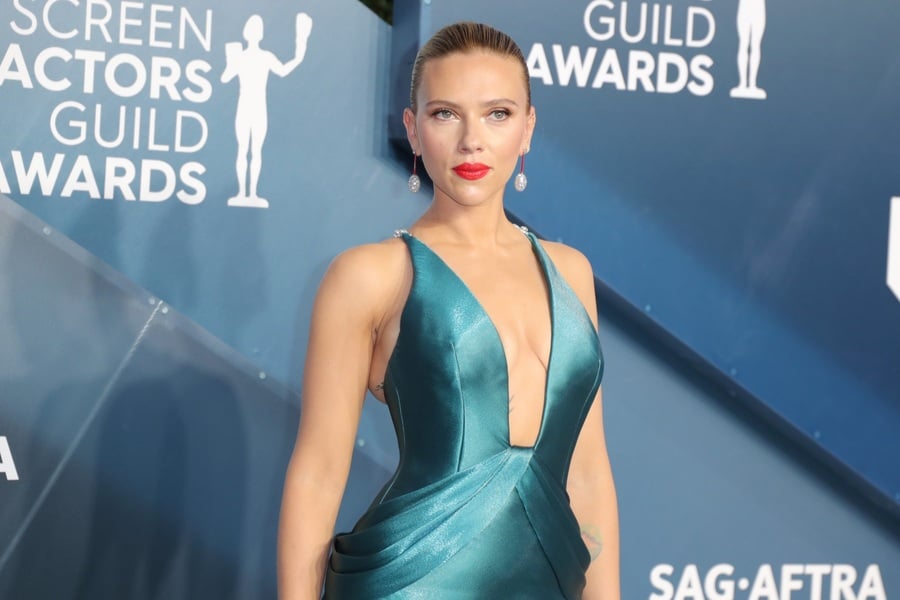 In addition to acting on the big screen, Johansson has appeared in several stage productions as well. She made her Broadway debut in the 2010 revival of "A View from the Bridge," willing the 2010 Tony Award for Best Performance by a Featured Actress in a Play.

She has also released a handful of musical albums. Her debut solo album, 2008's "Anywhere I Lay My Head" (2008), consisted mostly of Tom Waits covers. In 2009, she released the collaborative album "Break Up" (2009) with singer Pete Yorn.

Johansson was married to actor Ryan Reynolds from 2008 to 2011. She married businessman Romain Dauriac in 2014 a few months after giving birth to their daughter, but the couple divorced in 2017. In May 2019 Scarlett became engaged to "Saturday Night Live" star Colin Jost.

Between August 2017 and August 2018, Scarlett earned $40 million between salaries and endorsements. That was enough to make her the #1 highest-paid actress on the planet. The previous year she earned $10 million. Between June 2018 and June 2019, she earned $55 million.

She earned just $400,000 for her role in Iron Man 2. She earned low single-digit millions for the next few Marvel movies. It took six Marvel appearances for her to finally earn $15 million for a standalone Black Widow movie. She earned $15 million for Avengers: Infinity War and Avengers: Endgame. In total, Scarlett Johansson likely has earned $60-75 million for her role in the various Marvel movies. She typically earns around $10 million upfront per movie. Her career high for a single movie salary (before backend) is the $17.5 million that she received for 2017's "Ghost in the Shell". She easily can earn $10-20 million per year from endorsements alone.

In late July 2021, Scarlett filed a lawsuit against Disney. The lawsuit accused Disney of breaching the terms of the contract Scarlett signed with Marvel Entertainment to star in the movie "Black Widow." As far back as 2019, Scarlett's agents were getting concerned that Disney was planning to release the movie on its streaming platform Disney+ as a promotional strategy. This was a problem because Scarlett's contract called for her to earn $20 million in salary upfront plus a percentage of box office revenue. After the COVID-19 pandemic shuttered movie theaters for months, the movie was eventually released on both Disney+ and theatrically at the same time. Sources have claimed that the simultaneous dual release cost Scarlet an additional $50 million in bonus money.

In roughly 2008 she spent $2.1 million to buy an apartment in midtown Manhattan. She initially listed this apartment for sale in 2019 for $2.5 million. She lowered the asking price to $2.3 million in December 2020.

In 2014 she spent $4 million on a home in the Los Feliz neighborhood of Los Angeles. In total, Scarlett Johansson's real estate portfolio alone is worth around $20 million. 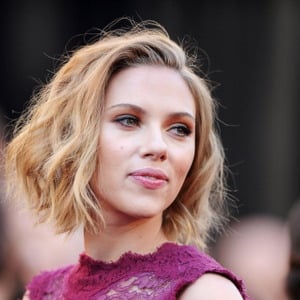