Savanna Samson, whose real name is Natalie Oliveros, was born in New Yorker born on October 14, 1967. At an early age, she was enrolled to ballet lessons and later on tried to pursue a career in ballet. However, she gave up the idea because she felt she was not good enough. She eventually tried exotic dancing and started working at a strip club in Manhattan on her sister's advice. Her ballet skills served her well to her adult dance performances.

Samson entered the adult industry in 2000 almost accidentally. Knowing that her boyfriend had fantasies of her having sex with another man, she secretly contacted Rocco Siffredi, an adult legend, sent a picture of her and asked him if he would take part on an erotic video with her. He agreed and she flew to Paris to film "Rocco meats an American Angel in Paris". She then offered this secret video to her now husband as a wedding gift. The producers saw the film and offers started to pour and that's how she joined the X-rated industry. When her parents learned what she was doing for a living, they did not fancy the idea. To this day, her family is not supportive of her career choice.

Outside of the adult world Savanna has appeared in a number of mainstream outlets. She has made guest appearances on shows like "30 Rock", "Saturday Night Live" and "The Howard Stern Show". Savanna has been awarded with several AVN Awards, including Best Actress. Savanna Samson has also worked as a sex-advice columnist, radio presenter and political correspondent. 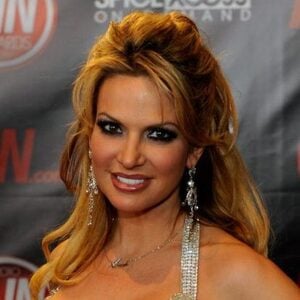