Saul Williams net worth: Saul Williams is an American singer, musician, poet, writer, and actor who has a net worth of $500 thousand. He is best known for his alternative hip hop that blends in poetry, and for his lead role in the film, Slam.

He was born in 1972 in Newburgh, New York and graduated from Morehouse College with a BA in Acting and Philosophy. He moved to New York City where he earned his MFA in Acting from New York University's Tisch School of the Arts. By 1995, he had become an open mic poet and in 1996, won the title of "Neyorican Poet Café's Grand Slam Champion." He was featured in the documentary film, SlamNation that followed Williams and other members of the poetry team as they competed in the 1996 National Poetry Slam held in Portland; and the following year, Williams landed the role in film, Slam. Around 1998, Williams was also breaking into music. He had performed with artists like Nas, The Fugees, Christian Alvarez, Blackalicious, Erykah Badu, KRS-One, Zack De La Rocha, De La Soul, and DJ Krust, and also performed with poets Allen Ginsberg and Sonia Sanchez. After releasing a string of EPs, he released the LP "Amethyst Rock Star" in 2001 and in 2004, he released his self-titled album, which was well received. He played several shows supporting Nine Inch Nails on their European tour in summer 2005, and has also supported The Mars Volta. He began traveling with Nine Inch Nails for the next few years and started collaborating with Trent Reznor on several songs; they produced an album together in 2007. As a writer, Williams has been published in The New York Times, Esquire, Bomb Magazine and African Voices. He has also released four collections of his poetry.

William is currently living in Paris and is vegan. He was in a relationship with artist, Marcia Jones, in the 90s and they have a daughter together named Saturn, who was born in 1996. He was also married to actress, Persia White for a few years but in 2009 White announced that the couple was no longer together. 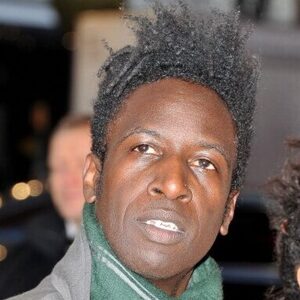