Will Sasso Net Worth

in Richest Celebrities › Actors
Will Sasso Net Worth:
$4 Million

Will Sasso net worth and salary: Will Sasso is a Canadian actor and comedian who has a net worth of $4 million. William Sasso was born in Ladner, British Columbia, Canada in May 1975. He starred as Derek Wakaluk on the Canadian award-winning dramatic series Madison for five seasons before moving to Los Angeles.

Will joined Fox's MADtv for its third season. Sasso is known for his impressions of Arnold Schwarzenegger, Chris Farley, Bill Clinton, Drew Carey, Elvis Presley, George W. Bush, Robert De Niro, Wayne Newton, and many more. He has appeared in The Fresh Prince of Bel-Air, Happy Gilmore, Doctor Who, Beverly Hills Ninja, The X-Files, Entourage, CSI: Crime Scene Investigation, Two and a Half Men, How I Met Your Mother, and Modern Family. Sasso is a big pro wrestling fan and has appeared for WCW and WWF/WWE. He has hosted the 2006 Canadian Comedy Awards and the 2005-2006 NHL award ceremony. He played the role of Curly in the 2012 remake of The Three Stooges. At one point he was said to have lost over 200 pounds by walking five miles per day and eating a diet consisting of boiled chicken and steamed vegetables. 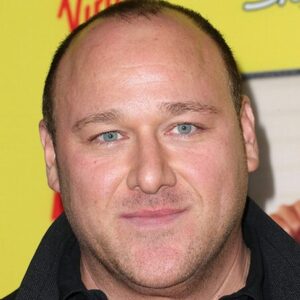