Sasha Pieterse Net Worth: Sasha Pieterse is an American actress and singer who has a net worth of $2 million. Born February 17, 1996 in Johannesburg, Gauteng, South Africa, she had already made countless television and film appearances by the age of 16; in fact, by age 6 Sasha made her first television appearance as a co-star on the WB Comedy series, Family Affair.

Sasha now stars as manipulative queen bee Alison DiLaurentis on ABC Family's hit series Pretty Little Liars. Sasha was raised in Las Vegas, but moved to Los Angeles to further her career. At a young age, her parents took note of her interest in being on stage and enrolled her in acting classes. In 2003, only a year into her career, Sasha had won a Young Artist Award for Best Performance in TV series. By age 9, little Sasha had already amassed five acting credits, as well as many commercials and modeling jobs to her name. In 2004, she made a guest appearance in Stargate SG1 and was subsequently booked for two episodes in the 2005 TV Series, Wanted. She also played the dramatic role of Andie, a girl with terminal cancer, on House MD, a prominent performance which led her to be considered for a daytime Emmy. She landed the role of Marissa and the Ice Princess in the movie The Adventures of Sharkboy and Lava Girl, which also starred Taylor Lautner (of the Twilight sagas fame). In 2009, she snagged a recurring role of Amanda Strazzulla on Heroes. In 2004, Sasha took part in Macys' Passport Show and was on the cover of Children's Business Magazine. She also had a role in the film Good Luck Chuck, starring Jessica Alba. In her down time, Sasha loves to be a normal teenager, spending time with friends and family. She enjoys making jewelry, as well as singing/performing country music. 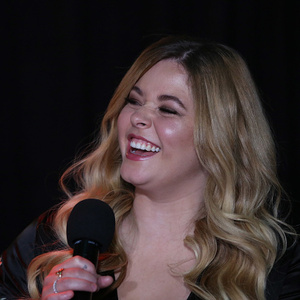