Sasha Mitchell Net Worth: Sasha Mitchell is an American actor who has a net worth of $600 thousand. Sasha Mitchell was born in Los Angeles, California in July 1967. Mitchell is best known for playing the roles of James Beaumont on the TV series Dallas and Cody Lambert on the series Step by Step. Before acting Sasha often modeled for Bruce Weber's fashion photography. Mitchell holds a black belt in Tae Kwon Do. His first acting roles came in the TV movie Pleasures and the TV sears St. Elsewhere in 1986. From 1989 to 1991 Mitchell starred as James Beaumont in the television series Dallas. He also starred as Cody Lambert in the TV series Step by Step from 1991 to 1998. He had a recurring role on the series ER from 2004 to 2005. Mitchell also starred in the movies Death Before Dishonor, Spike of Bensonhurst, Kickboxer 2, Kickboxer 3, Kickboxer 4, Class of 1999 II: The Substitute, Gangland, Luck of the Draw, Slammed, The Failures, and Dickie Roberts: Former Child Star. He has also appeared in episodes of the TV series The Love Boat: The Next Wave, JAG, ER, and NYPD Blue. 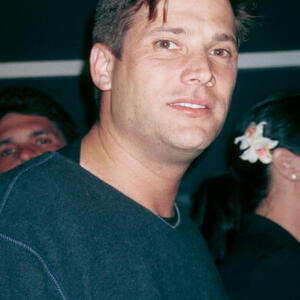