Sarah Wayne Callies net worth and salary: Sarah Wayne Callies is an American actress who has a net worth of $5 million dollars. Sarah Wayne Callies was born in La Grange, Illinois and grew up in Honolulu, Hawaii, where she began acting in school plays when she was a child. She went on to graduate from Dartmouth University, and then earned her Masters in Fine Arts from the National Theater Conservatory in Denver.

She began appearing in guest starring roles on television in the early 2000s, on such shows as "Law & Order: Special Victims Unit", "Dragnet", and "Queens Supreme". She then co-starred as Jane on the short-lived television series, "Tarzan". Since then, she has gone on to steady film and television work, appearing in such projects as "The Celestine Prophecy", "Black Gold", "Faces in the Crowd", "House", and "Tangled". She is most widely recognized for her co-starring roles on "Prison Break" and "The Walking Dead". 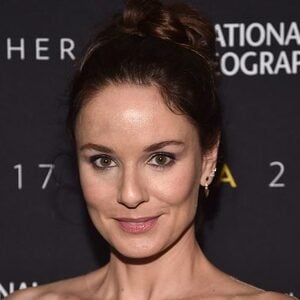