Sarah Steele Net Worth: Sarah Steele is an American actress who has a net worth of $300 thousand. Sarah Steele was born in Philadelphia, Pennsylvania in September 1988. Steele graduated from Columbia University in 2011. Her first role came as Bernice "Bernie" Clasky in the 2004 movie Spanglish. In 2006 she played Amber in the film The Good Student. Sarah has also starred in the movies Mr. Gibb, The Lucky Ones, My Father's Will, A Secret Promise, Please Give, Margaret, Last Kind Words, The To Do List, and The Mend. She has had recurring roles on the television shows Gossip Girl, The Good Wife, and Nurse Jackie and has appeared in episodes of Law & Order, Law & Order: Criminal Intent, Harry's Law, Blue Bloods, and Girls. In 2004 she won a Phoenix Film Critics Society Award and in 2011 and Independent Spirit Award. She has also appeared in the off-Broadway productions of The Prime of Miss Jean Bodie, Speech & Debate, and Russian Transport. Steele was named as one of the 55 faces of the future in Nylon Magazine's Young Hollywood Issue. 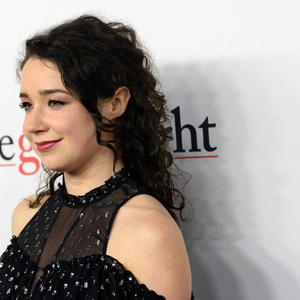