What is Sarah Paulson's Net Worth?

Sarah is also an accomplished stage actress, appearing on Broadway in "The Glass Menagerie" (2005) and "Collected Stories" (2010). Sarah has earned more than 20 awards for her work, including a Primetime Emmy, Golden Globe, and Screen Actors Guild Award for her portrayal of Marcia Clark on "The People v. O. J. Simpson: American Crime Story." In October 2020, Netflix announced that "Ratched" was the streaming service's best original launch of the year after it was viewed 48 million times in its first month of release. In 2017, Paulson was included in "Time" magazine's list of the world's most influential people.

Sarah Paulson was born Sarah Catharine Paulson on December 17, 1974, in Tampa, Florida. Her parents, Catharine and Douglas, divorced when Sarah was 5 years old, and she moved to Maine with her mother and her sister, Liz. They later relocated to New York City, where Catharine supported the family by waiting tables at Sardi's Restaurant. Paulson studied at Brooklyn's P.S. 29 and Fiorello H. LaGuardia High School in Manhattan, and she graduated from the American Academy of Dramatic Arts in 1992. She began performing in New York stage productions after graduating from high school and made her television debut in a 1994 episode of "Law & Order." 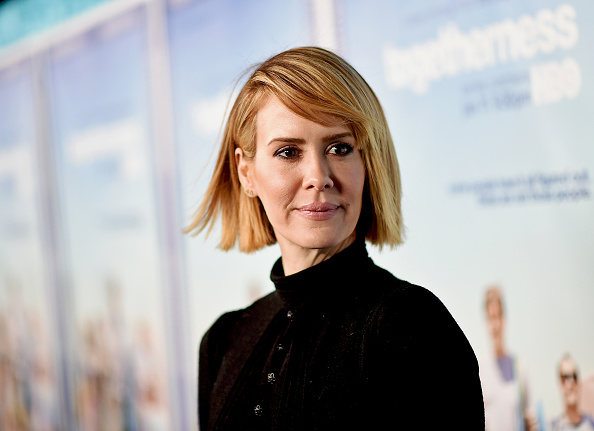 In 1995, Sarah appeared in the television film "Friends at Last" and began playing the ghost of a murder victim on the CBS series "American Gothic," which ran for one season. She then booked the lead role in the 1997 indie film "Levitation" and co-starred with Juliette Lewis and Diane Keaton in 1999's "The Other Sister." Sarah played Elisa Cronkite on the WB's "Jack & Jill" from 1999 to 2001, appearing in all 32 episodes of the series. In 2000, she had a small role in "What Women Want," and in 2002, she appeared in the comedy "Bug," portrayed Luci Baines Johnson in the HBO film "Path to War," and played the lead role on the NBC sitcom "Leap of Faith." Paulson then appeared in the films "Down with Love (2003), "Serenity" (2005), and "The Notorious Bettie Page" (2005) and guest-starred on the FX series "Nip/Tuck," the first of many collaborations with Ryan Murphy, who she would also work with on "American Horror Story," "American Crime Story," and "Ratched."

Sarah had a recurring role as Miss Isringhausen on HBO's "Deadwood" in 2005, and that year she also co-starred with Jessica Lange, her future "American Horror Story" castmate, in "The Glass Menagerie" at the Ethel Barrymore Theatre. In 2007, Paulson began starring on Aaron Sorkin's NBC dramedy "Studio 60 on the Sunset Strip," which ran for 22 episodes and earned her nominations from the Golden Globes and Satellite Awards. She guest-starred on "Desperate Housewives" in 2007 and 2011 and "Grey's Anatomy" and "Law & Order: Special Victims Unit" in 2010. Paulson then appeared in the feature films "Martha Marcy May Marlene" (2011), "New Year's Eve" (2011), and "Mud" (2012) and the HBO movie "Game Change" (2012), which earned her nominations from the Primetime Emmys and Golden Globes. Sarah has also appeared in the films "The Runner" (2015), "Glass" (2019), and "The Goldfinch" (2019). 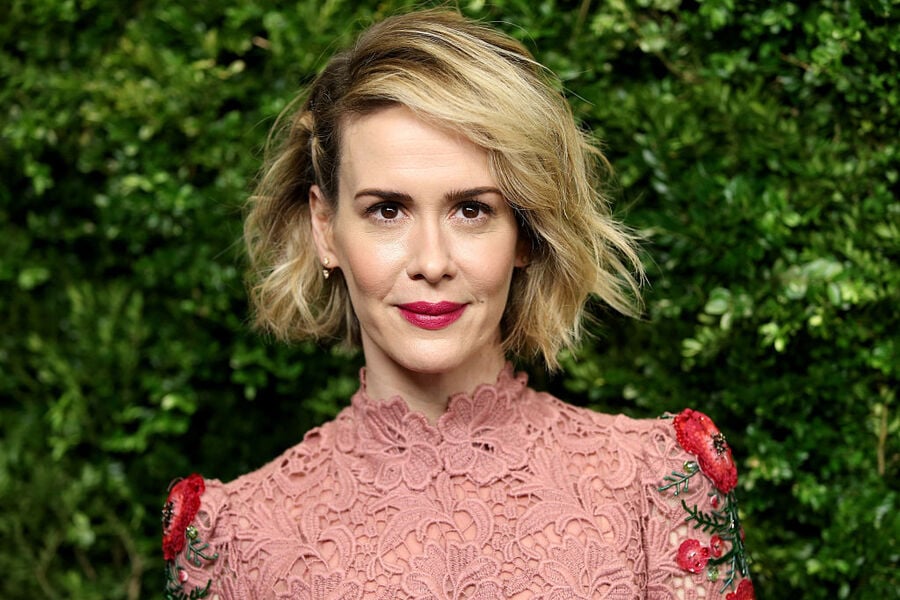 Sarah dated actress Cherry Jones from 2004 to 2009 and has said that before Jones, she had only had relationships with men, including playwright Tracy Letts, who she was once engaged to. She began a relationship with actress Holland Taylor in 2015, and the couple won the "Love is Great" award at the The Queerties in 2019. In 2018, the fashion website Net-a-Porter named Paulson one of the year's best-dressed women. Sarah is a Democrat and appeared in the anti-Trump HBO satire "Coastal Elites" during the 2020 Coronavirus pandemic.

In 2016, Sarah paid $1.65 million for a 2,100 square foot home in the Hollywood Hills West area of Los Angeles. She bought the 3-bedroom house from "American Horror Story" co-star Emma Roberts, and the property includes a guest house as well as a buried swimming pool that Paulson discovered when she began renovations. 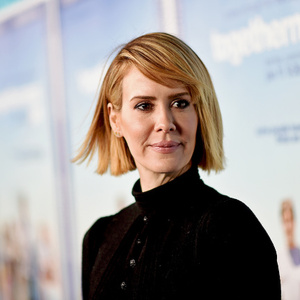