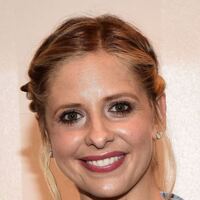 What is Sarah Michelle Gellar's Net Worth and Salary?

Sarah Michelle Gellar is an American actress who has a net worth of $30 million. That is a combined net worth with her husband, actor Freddie Prinze, Jr. Sarah Michelle Gellar is one of those actors who has worked steadily for so long, that she is sort of part of the American pop culture collective unconscious.  She made her television debut when she was four, and has quite literally never stopped working.  She had appeared in television movies, numerous commercials, and was a successful child model all by the time she was twelve.  In 1992, she was cast in the short-lived, but popular series, "Swan's Crossing", and then moved on to appear on the popular soap opera, "All My Children".  Her Emmy-winning work on the show was especially notable, because unlike most stars who portray younger characters, the writers realized that they'd made a mathematics snafu after she was cast, and she ended up playing a character several years older than her biological age.  From there, she went on to appear on the show that would catapult her to worldwide fame, starring as Buffy Summers on "Buffy the Vampire Slayer" from 1997-2003.  She also launched a successful film career, appearing in such projects as "Scream 2", "Cruel Intentions", "The Scooby Doo" franchise, and "The Grudge" franchise.  After stepping away from the spotlight somewhat to focus on her children, she returned in 2013 to star opposite Robin Williams in the series "The Crazy Ones".

Sarah Michelle Prinze, known professionally by her maiden name Gellar, was born in Long Island, New York, on April 14, 1977. Her mother, Rosellen (née Greenfield), worked as a nursery school teacher, and her father, Arthur Gellar, worked as a garment worker. She is an only child. Her parents divorced when she was seven years old, and she and her mother moved to Manhattan's Upper East Side. She remained estranged from her father growing up and into adulthood, right up until he passed away in 2001. Because of her working schedule, she was often absent from class. She eventually graduated from the Professional Children's School in 1994 after completing most of her senior year of high school through guided study because she was so busy working on the show "All My Children".

Sarah Michelle Gellar started out as a child actor, after being spotted by an agent when she was four years old. She appeared in many television commercials, including a controversial one for Burger King that resulted in a lawsuit. She appeared in the films "An Invasion of Privacy" (1983), "Over the Brooklyn Bridge" (1984), "Funny Farm" (1988), and "High Stakes" (1989), and guest starred in shows like "Spenser: For Hire" and Crossbow", as well as the miniseries "A Woman Named Jackie" (1991). She also appeared in stage productions like a Broadway production of "The Widow Claire" along with Matthew Broderick and Eric Stoltz.

In 1992, she landed the leading role on the syndicated series "Swans Crossing", which ran for one season. Her performance on the show earned her two Young Artist Award nominations. She then played Kendall Hart on the long-running soap opera "All My Children", from 1993 to 1995. Thanks to her role on "All My Children", Gellar gained wider national recognition and became a household name. Also, in 1995, she won a Daytime Emmy Award for Outstanding Younger Actress in a Drama Series for her portrayal of Kendall Hart.

After leaving "All My Children", Gellar moved to Los Angeles, California, where she landed the role of Buffy Summers on Joss Whedon's new television series "Buffy the Vampire Slayer". The show aired from 1997 to 2003, for a total of seven seasons. It was a smash hit with audiences, and also critically acclaimed. During the show's broadcast, Gellar earned a total of five Teen Choice Awards, the Saturn Award for Best Genre Television Actress – Television Series Drama, and was also nominated for a Golden Globe Award. While starring in "Buffy the Vampire Slayer", Gellar also simultaneously worked on various film projects. These include the slasher film "I Know What You Did Last Summer" (1997), which grossed US$125 million on a modest $17 million budget; "Scream 2" (1997), which grossed over US$172 million globally; the romantic comedy "Simply Irresistible" (1999); "Cruel Intentions" (1999), which grossed US$75 million worldwide on a US$10 million budget; the independent drama "Harvard Man" (2001); and the live-action film "Scooby-Doo" (2002). 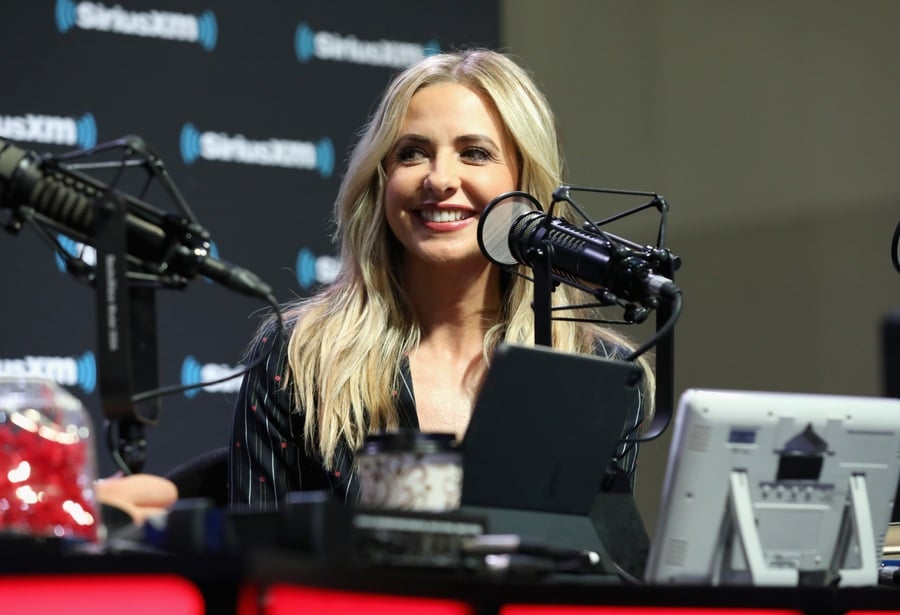 Gellar is the co-founder of Foodstirs, a startup food crafting brand, along with entrepreneurs Galit Laibow and Greg Fleishman. They started the brand in 2015, and it offers organic baking mixes and kits. The brand is sold both online as well as retail, and by the end of 2017 was carried in over 8,000 stores. In 2018, the brand finalized a deal with Starbucks to carry its mug cake mixes in all Starbucks stores nationwide. Gellar is also the author of the cook book "Stirring up Fun with Food", which was published in April 2017 and was co-written by Gia Russo.

Sarah Michelle Gellar first met Freddie Prinze Jr. in 1997 on set of their film "I Know What You Did Last Summer". They began dating in 2000, got engaged in 2001, and were married in 2002. They have two children together, and live in Los Angeles, California. Gellar and Prinze have worked together several times, starring in the films "Scooby-Doo" (2002) and "Scooby-Doo 2: Monsters Unleashed" (2004), and the animated series "Star Wars Rebels".

In 2001, Freddie Prinze Jr. and Sarah Michelle Gellar purchased a home in Bel-Air for $2.45 million. The expansive, 7,600-square-foot gated property features French doors and a shaded pool. In 2014, they listed the property for $5.45 million. In 2013, Gellar and Prinze Jr. spent $6.1 million on a new property in Mandeville Canyon, Los Angeles. The three-story, 7,138-square-foot mansion was built in 2006. Only about 6 months later the couple put the property back on the market with a listed price of $7.9 million. They appear to have pulled the home off the market and continue to own it today.