Sarah Jane hosts the weekday afternoon show on Radio 1 Xtra and has also appeared on many TV shows. She attended Kingston University and Anglia Ruskin University and earned a marketing degree. She started off on Channel 4's TV series Shipwrecked 3 and then started hosting the Red Carpet and Back Stage show for the Vodafone Live Music Awards. Crawford became a presenter for E4's Music Zone and Channel 4's Freshly Squeezed in 2007. She helped launch the UK MTV channel VIVA in 2009. She is also a model and signed with Models 1. She starred in the movie It's a Lot in 2013. Crawford also works as a DJ and had a residency at the Bungalow 8 club in London. She runs a nightclub called Kiss the DJ. 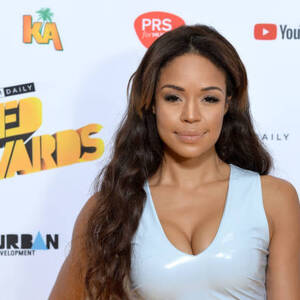