Sarah Hyland Net Worth and Salary: Sarah Hyland is an American actress and model who has a net worth of $14 million. Although Hyland is probably best known for portraying the character Haley Dunphy in the successful sitcom "Modern Family," she is an experienced actress with many other credits under her belt. Over the course of her career, she has earned a number of accolades, awards, and honors for her various roles in film and television projects.

Early Life: Sarah Jane Hyland was born on November 24th of 1990 in Manhattan, New York City. Raised by parents who were both actors, Sarah was always destined for a career in the entertainment industry. Her brother Ian is also an actor. She began her own acting career at the age of just four, providing voice work for various projects and booking roles in television commercials.

Sarah Hyland spent most of her early life as a homeschooled student, and her mother conducted her lessons while also acting as her personal acting coach. She also spent a lot of time traveling with her father as he toured the nation with various theater companies. After second grade, Hyland attended public school before being accepted into the Professional Performing Arts School.

Career: Even before she booked her iconic role in "Modern Family," Sarah Hyland had established herself in the acting world with a number of notable roles. At the age of seven, she booked her first major film role as Howard Stern's daughter in "Private Parts." This led to another role in the film "Object of My Affection." She then followed up in 1999 with a role in the soap opera "Another World." During this period, Sarah was studying various forms of dance and also underwent vocal training. This helped her excel in the world of theater, and at age 11 she made her stage debut with a production of "Annie" in New Jersey.

Throughout this period, Hyland appeared on shows like "Falcone," "Law & Order," "Law & Order: Trial by Jury," "Touched by an Angel," and "Law & Order: Special Victims Unit." Although these roles helped Sarah push her career even further, she took another momentous step forward when she booked an important role in the comedy series "Lipstick Jungle." Although the series was canceled in 2009, it allowed Hyland to show off her impressive comedic skills.

On the search for greater opportunities, Sarah Hyland moved to Los Angeles at the age of 18. Once she was there, she booked a role in a pilot for a show called "My American Family." The show was given the green light, and the title was soon changed to "Modern Family." From 2009 till the series ending in 2020, Sarah Hyland played the role of Haley Dunphy. From 2011 to 2014, the cast of "Modern Family" won Screen Actors Guild Awards for Outstanding Performance by an Ensemble in a Comedy Series. The show also was also commercially successful and maintained a loyal fanbase until its ending.

During her time on "Modern Family," Hyland was also keeping busy with many other projects. In 2011, she starred in the Disney film "Geek Charming" before following up in 2012 with an appearance in the film "Struck by Lightning." In addition, Sarah has continued to cultivate her stage acting career, appearing in productions such as "Bad Girls," "The Unauthorized Musical Parody of Scream," "Hair," and "Dark Part of the Forest." One of her most notable theater roles was in "Grey Gardens," in which Hyland played the role of Jackie Bouvier. 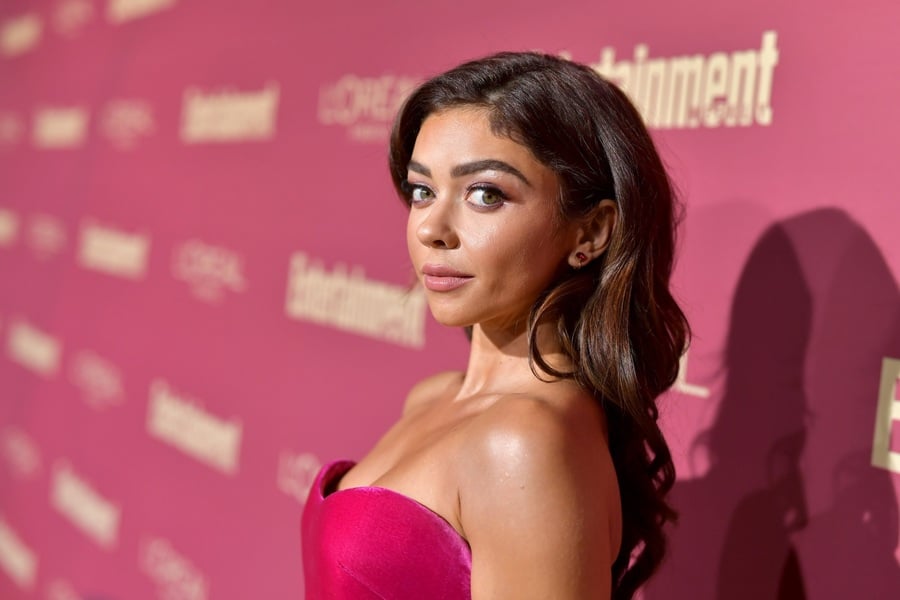 Music: Sarah Hyland is also quite involved in music, and in 2016 she covered various pop songs with the band Boyce Avenue. She also performed the song "Met At a Party" at the 2019 Teen Choice Awards. She released the single later that year through Republic Records.

Brand Endorsements: Sarah Hyland is the face of Wallflower Jeans. In 2012, she appeared in an advertising campaign for the Nintendo 3DS.

Salary Highlights: When "Modern Family" first debuted, Sarah Hyland was earning a salary of about $70,000 per episode. This remained the norm from 2013 to 2018. From that point on, Sarah earned a significantly increased sum of $130,000 per episode until the series ended in 2020.

Kidney Dysplasia: As a young child, Sarah Hyland was diagnosed with Kidney Dysplasia. This disorder is caused by malformation of the kidneys during fetal development, and it can result in significant cysts on the kidney. In order to treat this disorder, Sarah received a kidney transplant from her father at a young age. However, her body rejected the kidney, and in 2017 she received a second kidney transplant from her brother.

To make sure that her body doesn't reject the kidney, Hyland is regularly dosed with special medications. As a result, she finds it difficult to put on muscle mass and weight, and she is also regularly confined to bed rest. Since receiving the kidney transplant in 2017, Hyland has struggled with suicidal thoughts, often blaming herself for rejecting the first kidney transplant and telling herself that she is a burden on her family. Since her second transplant, she underwent 16 additional surgeries to improve her health and treat her kidneys.

Relationships: Hyland met actor Matt Prokop on the set of "Geek Charming" in 2010, and the two subsequently dated until 2014. The relationship ended when Sarah filed a temporary restraining order against her boyfriend, claiming that he had been verbally and physically abusive to her over the course of their four-year relationship. She later made the restraining order permanent.

In 2017, it was reported that Sarah Hyland was engaged to Wells Adams, who is famous for appearing on reality shows such as "The Bachelorette" and "Bachelor in Paris." The pair live together in Los Angeles, and they officially announced that they were in fact engaged in 2019.

Real Estate: In 2020, Sarah and Wells paid $3.55 million for a home in LA's Studio City suburb. The extensive property features 5,672 square feet of living space, a pool, and its own private movie theater.  This wasn't the first addition to Hyland's real estate portfolio, as she owns at least two other properties. Her real estate collection includes a property not far from her 2020 acquisition that she purchased in 2013 for $715,000, and a decently-sized home in Valley Village that cost the young actress $1.9 million. 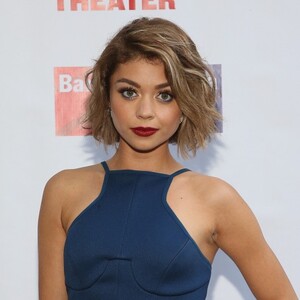