Sarah Drew Net Worth: Sarah Drew is an American actress who has a net worth of $3 million. Born October 1, 1980 in Los Angeles, California she is best known for her role as Dr. April Kepner in the ABC medical drama series Grey's Anatomy and her role as Hannah Rogers in the WB family drama Everwood (2004-06), as well as her performance in the 2014 film Mom's Night Out.

Drew's mother, Dr. Jeannie Drew, was the Head of Science at the Brearley School in Manhattan and went on to teach biology at an independent private school for girls in Manhattan. Her father, Rev. Charles Drew, is the senior pastor at Emmanuel Presbyterian Church in New York City and Drew's second cousin is actor Benjamin McKenzie. Drew began her acting career at a young age in school plays, community theater with Take One Theatre Arts. She earned a Bachelor's degree in Drama from the University of Virginia in 2002. In 1997, while still in high school, Drew lent her voice to the animated television series Daria, playing the character Stacy Rowe. She again voiced that same character in the Daria animated television movies Is It Fall Yet? and Is It College Yet? In 2001, she made her professional stage debut as Juliet, in Romeo and Juliet, at the McCarter Theatre in Princeton, New Jersey, and in 2003 she made her Broadway debut in Vincent in Brixton, which later took her to London's West End. She subsequently made the move to television, landing a guest-starring role in the series Wonderfalls, and followed that with a performance in the film Radio, starring Cuba Gooding, Jr. Drew and her husband, Peter Lanfer, a lecturer at UCLA, reside in Los Angeles. On January 18, 2012, Drew and Lanfer welcomed their first child, a son named Micah Emmanuel. 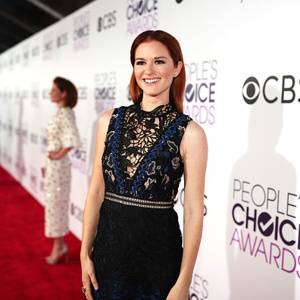