Sarah Chalke net worth and salary: Sarah Chalke is a Canadian born actress who has a net worth of $14 million. Sarah Chalke is probably most famous for playing the role of Dr. Elliot Reid on the comedy series Scrubs which aired on the both the NBC and ABC television networks.

She is also well-known for her role of "Second Becky" Conner Healy on Roseanne, and as Stella Zinman in the television sitcom How I Met Your Mother which aired on the CBS Network. In the spring of 2011 she starred on the CBS sitcom Mad Love. Chalke was born in born in Ottawa, Ontario on August 27, 1976 and grew up in Vancouver, British Columbia. Chalke began her acting career at the young age of eight when she began appearing in musical theatre productions. She became a reporter for the Canadian children's show Kid Zone at the age of 12. She starred briefly on Canadian television drama Nothing Too Good for a Cowboy 1998-1999 on the CBC Television Network. She is currently engaged to the father of her son Charlie Rhodes Afifi, lawyer Jamie Afifi. Her parents run an adoption agency that places placing foreign orphans' mostly Chinese children with Canadian families. Her father is a lawyer in Vancouver who runs a private practice. She also has an older sister Natasha who is a lawyer. Sarah became an activist for breast cancer awareness after losing her aunt and her grandmother to the disease. In 2006 Sarah starred in Why I Wore Lipstick to My Mastectomy which aired on the Lifetime Movie Network and dealt with breast cancer awareness issues. Chalke is also an ambassador for the Audrey Hepburn Children's Foundation. Chalke was the 2009 ambassador for the Susan G. Komen Passionately Pink for the Cure program, and designed a T-shirt for the cause.

Beginning in 2013, Sarah voiced the role of Beth Smith on the popular cartoon Rick and Morty. 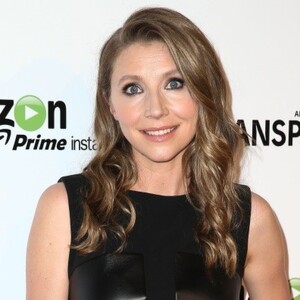