Sara Paxton net worth: Sara Paxton is an American actress, model, and singer who has a net worth of $3 million dollars. Sara Paxton was born in Los Angeles, California, and grew up wanting to be a performer. She began her acting career as a child onstage, appearing in musicals, and then moved on to commercials.

In the late 90s, she made the leap to film and television work, and has since appeared in such projects as "Liar, Liar", "News Radio", "Music from Another Room", "Passions", "Lizzie McGuire", "Hounded", "CSI: Crime Scene Investigation", "Greetings from Tuscon", "Sleepover", "Aquamarine", "Summerland", "Darcy's Wild Life", "The Beautiful Life: TBL", and "Guys with Kids". She has also provided voice over work for such video games and series as, "Koudelka" and "SpongeBob SquarePants". She has also recorded multiple singles. She received an Emmy nomination in 2006, for her work on the series, "Darcy's Wild Life". 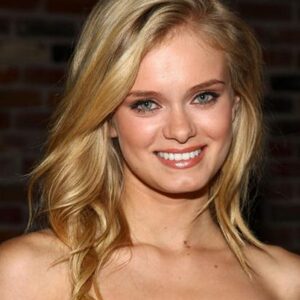