Sara Maldonado Net Worth: Sara Maldonado is a Mexican actress who has a net worth of $3 million. Born March 10, 1980 in Xalapa, Mexico, she made her debut as the protagonist of the Mexican soap El Juego de la Vida (2001) in the role of Lorena "Lore" Alvarez. In 2002 and 2003, she participated in the teen angst soap opera Mexican hit Clase 406 in the role of Tatiana "Tatis" Del Moral.

In April 2004, she landed the leading role of Diana Antillón De La Reguera in the soap opera Corazones al límite. She also played the role of Paulina Cervantes Bravo in the Mexican soap opera Mundo de Fieras. In 2008, Maldonado played the lead role of Aymar Mayu Lazcano in yet another Mexican soap opera, Tormenta En El Paraiso. From November 2010 to March 2011, she played the title role in Aurora for the first 103 episodes-before her character was killed off. She was also cast in La Reina del Sur (2011) as La Veronica. Between 2011-2012 she portrayed Carmila San Millán in the telenovela El Octavo Mandamiento. Her parents Mario Maldonado and Sara Fuentes nicknamed her Sarita. In December of 2007, she married movie producer Billy Rovza. In February 2011 the couple announced their separation. 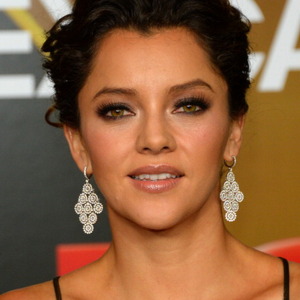