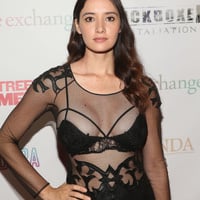 Sara Malakul Lane Net Worth: Sara Malakul Lane is a Thai-American model and actress who has a net worth of $2 million. Born to a Thai mother and English father in 1983 in Thailand, Sara Malakul Lane began acting when she was 12 and modeling when she was 14. She made her on-screen debut in 2003's "Belly of the Beast", an action film by Ching Siu Ting. She starred alongside Steven Seagal, Byron Mann, and Monica Lo in the movie. Lane followed that up with an appearance in 2005's Bulgarian movie "The Volcano Disaster". She appeared in "Dumber Heroes" and "Phro Rak Khrapphom" the same year. In 2008, Lane acted in "Tied in Knots" before landing the part in the SyFy original movie "Sharktopus" in 2010. She starred as Nicole Sands, working with Eric Roberts and Hector Jimenez, as a half-shark, half-octopus ravages the Pacific Coast of the United States. Since then, she has worked on several movies for The Asylum, including appearing in 2012's "12/12/12" as Veronica and 2013's "Jailbat" as Anna Nix. Her other TV credits include "Match Point", "The Wayshower", and "Baby, We'll Be Fine". She has several upcoming movies slated for release, including "Pretty Perfect", "Pernicious", "Buddy Hutchins", "Cowboys vs. Dinosaurs", "Sun Choke", "Jurassic City", and "Scouts vs. Zombies".