Sara Carbonero net worth: Sara Carbonero is a Spanish television presenter who has a net worth of $10 million. She is well known for her work in sports journalism on Telecinco and is also the longtime girlfriend of Iker Casillas, a Spanish football player.

She was born in 1984 in Corral de Almaguer, Toledo, Spain and was raised Roman Catholic. In 2009, she was voted "The Sexiest Reporter in the World" by the American edition of FHM, and because of speculation that she was a distraction to her boyfriend during the 2010 FIFA World Cup, causing Spain to lose to Switzerland, she was one of the most photographed people during that World Cup event. English papers originally made the accusation, but many Spanish papers came out in her defense saying the claims were preposterous and untrue. In 2013, Iker Casillas and Sara Carbonero announced that they would be parents for the first time, and on January 3, 2014 the welcomed a baby boy named Martin Casillas Carbonero. The new mother is focused on her work, and will be worked with Mediaset covering the World Cup in Brazil, she did not take her 4-month-old son, Martin, with her to the World Cup. 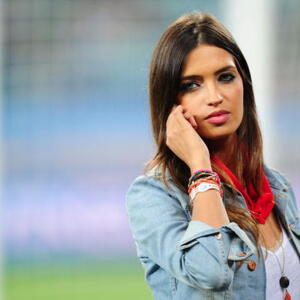