Sara Canning Net Worth: Sara Canning is a Canadian actress who has a net worth of $1.5 million. Born July 14, 1987 in Gander, Newfoundland, she is best known as Jenna Sommers on the CW television series The Vampire Diaries and for starring in the 2009 feature film Black Field. She is also known for her role as Dylan Weir on the Canadian television series Primeval: New World and the medical drama Remedy.

She started performing at a very young age and was also a competitive figure skater. After studying acting she debuted on stage in Edmonton, Alberta, Canada in the Citadel Theater's production of '1984'. Her first film role was in Paris Hilton's biopic and from there she landed several roles on television shows such as Smallville and Kyle XY. Canning appeared in I Think I Do, which began filming in January 2012, where she starred as Audrey, an event planner who ran a business alongside her two sisters. She also filmed the independent romantic comedy, The Right Kind of Wrong, in Banff, Alberta in late 2012. She then starred in the dark romantic comedy, I Put a Hit on You. Canning relocated to Atlanta, Georgia to film The Vampire Diaries, stating to Parade that she found the Southern U.S. had "…a much different culture than the west coast of Canada…", but it became like her "second home". Canning lived in Atlanta for two years then returned to Vancouver after finishing the series. 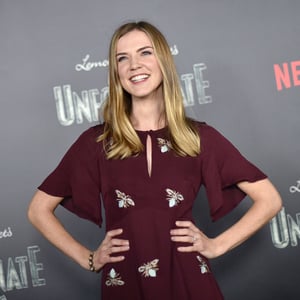