What is Saoirse Ronan's Net Worth and Salary?

Saoirse Ronan is an Irish-American actress who has a net worth of $9 million dollars. Saoirse Ronan had her breakthrough role as a teenager in the 2007 romantic war drama "Atonement." Since then, she has earned acclaim for her starring roles in such films as "The Lovely Bones," "Hanna," "Brooklyn," "Lady Bird," "Little Women," and "Ammonite." Ronan's other credits have included the films "How I Live Now," "The Grand Budapest Hotel," and "Mary Queen of Scots," and stage productions of "The Crucible" and "Macbeth."

Saoirse Ronan was born on April 12, 1994 in the Bronx borough of New York City to Irish immigrants Monica and Paul. Her mother was a nanny, while her father worked in construction. Due to financial struggles in New York, the family moved back to Dublin, Ireland when Ronan was three. There, she went to Ardattin National School, and was later privately tutored at home.

In 2003, Ronan made her screen-acting debut on the Irish medical drama "The Clinic." Following this, she appeared in the second season of the series "Proof."

Start of Film Career and Breakthrough with "Atonement"

Ronan appeared in her first film in 2007, playing Izzie Mensforth, the daughter of Michelle Pfeiffer's character, in Amy Heckerling's romantic comedy "I Could Never Be Your Woman." The same year, she appeared in "Death Defying Acts" and "The Christmas Miracle of Jonathan Toomey." However, it was a fourth 2007 release, "Atonement," that would prove to be Ronan's breakthrough. In the film, based on the Ian McEwan novel, she played the young aspiring novelist Briony Tallis, who sets off a tragic chain of events after accusing her sister's inamorato of a crime he didn't commit. "Atonement" went on to earn seven Academy Award nominations, including Best Supporting Actress for the 13-year-old Ronan, launching her to fame.

Following her incredible success with "Atonement," Ronan had her first leading role in a movie in the science-fiction adventure film "City of Ember." Another leading role came in 2009, when she starred in Peter Jackson's adaptation of the novel "The Lovely Bones" alongside Mark Wahlberg, Rachel Weisz, Susan Sarandon, and Stanley Tucci. Following this, Ronan had a supporting role in Peter Weir's survival film "The Way Back." In 2011, she had two leading roles as a young assassin, in both the action thriller "Hanna" and the crime dramedy "Violet & Daisy." Ronan continued to land starring roles in a string of high-profile films, including Neil Jordan's vampire drama "Byzantium"; the romantic science-fiction thriller "The Host," based on the eponymous Stephenie Meyer novel; and the speculative drama "How I Live Now," an adaptation of the novel by Meg Rosoff.

In 2014, Ronan had notable supporting roles in Wes Anderson's "The Grand Budapest Hotel" and Ryan Gosling's "Lost River." Following this, she starred in "Stockholm, Pennsylvania" and the romantic period drama "Brooklyn," based on the Colm Tóibín novel. For her performance as Irish immigrant Éilis Lacey in the latter film, Ronan was nominated for an Academy Award for Best Actress. She received another nomination two years later for her performance as the titular high-schooler in Greta Gerwig's coming-of-age dramedy "Lady Bird." She earned her fourth Academy Award nomination in 2019 for another Gerwig film, "Little Women," in which she played Jo March. Ronan's other notable credits have included "On Chesil Beach," adapted from Ian McEwan's novella; "The Seagull," based on the Chekhov play; the historical drama "Mary Queen of Scots," in which she portrayed the titular monarch; the romantic drama "Ammonite," costarring Kate Winslet; and "The French Dispatch," Ronan's second film with Wes Anderson. 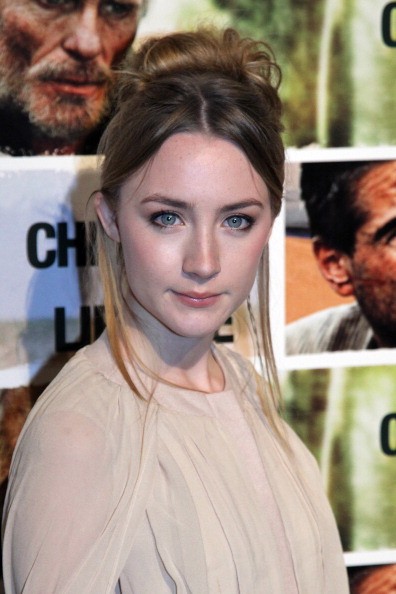 Ronan moved to New York City in 2016 to begin rehearsing for her Broadway debut: a revival of Arthur Miller's play "The Crucible." For 125 performances, she played the role of Abigail Williams, a maid responsible for the deaths of 150 people accused of witchcraft. After some time away, Ronan returned to the stage in 2021 to play Lady Macbeth in a West End revival of the Shakespeare play.

Among her many plaudits, Ronan has been nominated for multiple Golden Globe, BAFTA, SAG, and Academy Awards. Notably, she is the second youngest person ever to receive four Academy Award nominations, which she achieved by the age of 25. Considered one of the greatest working actors, the New York Times ranked Ronan tenth on its list of the best actors of the 21st century.

In 2018, Ronan began a relationship with Scottish actor Jack Lowden, with whom she appeared in the film "Mary Queen of Scots." She is a dual citizen of the United States and Ireland. In 2018, Ronan bought a home in Greystones, County Wicklow, Ireland; she later sold it in 2019. The next year, she purchased a house in West Cork.

Among her humanitarian activities, Ronan serves as an ambassador for the Irish Society for the Prevention of Cruelty to Children. Additionally, she is associated with the Home Sweet Home campaign, which seeks to eradicate homelessness in Ireland. Ronan also helped raise awareness of domestic violence by appearing in the music video for Hozier's song "Cherry Wine." 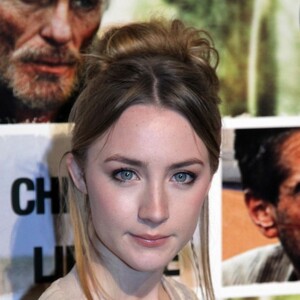