Sanjay Dutt net worth: Sanjay Dutt is an award-winning Indian film actor who has a net worth of $30 million. Sanjay Dutt earned his net worth as one the biggest stars in the Indian film industry. The son of Bollywood film greats Sunil and Nargis Dutt made his film debut in 1981, appearing in Rocky. At the pinnacle point in his life, Dutt had to overcome the greatest grief – his mother died three days before the film's premier. Dutt was on his way to be a star as he went on to star in high-profile films, including the 1982 film Vidhaata, which was the highest earning film of that year. However Dutt got his well deserved recognition after taking the lead role in the 1986 film Naam. His success continued in the 1990s, appearing in cult classic films. The 1990's also saw Dutt being arrested and charged with the involvement of 1993 Mumbai bombings, spending four years in prison. Dutt made a comeback from the late nineties and well into the turn of the century, appearing in more cult films, Daud, Dushman and Vaastav: The Reality, Jodi No.1. Away from acting, Dutt (together with IPL cricket team owner Raj Kundra) started India's first mix martial arts team in the early part of 2012.

In August 2020 it was revealed that Sanjay had been diagnosed with stage 4 lung cancer and was seeking treatment in the United States. 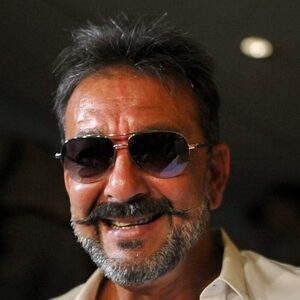