Sandy Duncan net worth: Sandy Duncan is an American singer, dancer, actress, and comedian who has a net worth of $5 million. Sandy Duncan was born in Henderson, Texas in February 1946. She started off in a production of The King and I at 12 years old making $150 a week. In 1971 Duncan starred as Sandy Stockton in the television series Funny Face.

She starred as Sandy Stockton in The Sandy Duncan Show in 1972. In 1977 she starred as Missy Anne Reynolds in the TV mini-series Roots. From 1987 to 1991 she starred as Sandy Hogan in the television series Valerie. Duncan also starred in the movies Midnight Cowboy, The Million Dollar Duck, Star Spangled Girl, The Cat from Outer Space, The Fox and the Hound, Rock-A-Doodle, The Swan Princess, and Never Again. She has starred in stage productions of Billion Dollar Baby, South Pacific, My Fair Lady, The Sound of Music, The Music Man, Peter Pan, Chicago, Jubilee, The Witches of Eastwick, Anything Goes, The King and I, and Driving Miss Daisy. Duncan has been nominated for two Golden Globe Awards and two Primetime Emmy Awards as well as three Tony Awards. 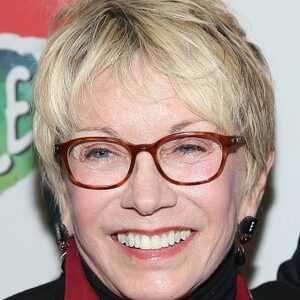