Sandra Oh net worth and salary: Sandra Oh is a Canadian born actress who has a net worth of $25 million dollars. Sandra Oh is best known for her starring roles in the popular ABC medical drama series, "Grey's Anatomy," and the the series "Killing Eve." She has been nominated for and won multiple Golden Globe Awards, Primetime Emmy Awards, and Screen Actors Guild Awards.

Grey's Anatomy Salary: During her time on the series Grey's Anatomy, Sandra Oh earned a peak salary per episode of $350,000. She was a main actor on the series from season 1 to season 10, between 2005 and 2014. She earned $8-9 million per season in her later years.

Early Life: Sandra Miju Oh was born on July 20, 1971 in Nepean, Ontario, Canada to South Korean immigrant parents. Her father, Oh Jun-su, was a businessman and her mother, Jeon Young-nam, was a biochemist. She was the middle child between one brother, Ray, and sister, Grace.

Oh became involved with action and dance from a young age. She originally started ballet at age four to correct her pigeon-toed stance and took drama classes, landed roles in school plays, and joined the drama club while in school. In addition to her interests in acting and dancing, Oh also was the student council president, played the flute, and founded an environmental club.

After graduating from high school, Oh turned down a four-year journalism scholarship to Carleton University in order to pursue acting at the National Theatre School of Canada in Montreal. The choice went against her parents' wishes and Oh promised them that if acting did not work out, she would return to university. However, upon graduating from the National Theatre School in 1993, she starred in the London stage production of the play "Oleanna." She also landed roles in two television biopics, portraying the real-life characters of Evelyn Lau and Adrienne Clarkson. 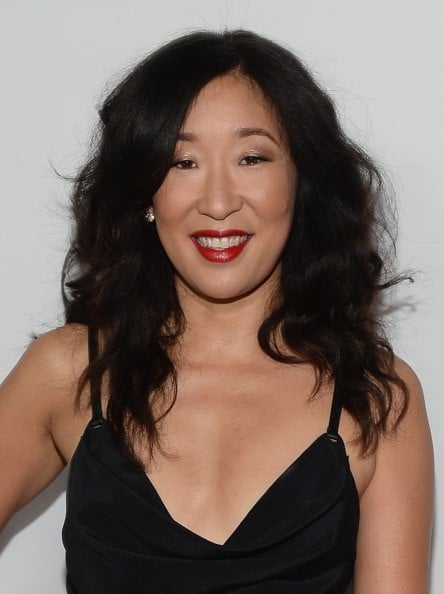 Career: Building upon her early success, On really rose to prominence in Canada after playing the lead in the 1994 film, "Double Happiness." The film received many positive reviews and Oh's performance specifically was praised. For this role, she received the Genie Award for Best Actress, given by the Academy of Canadian Cinema and Television.

In 1997, Oh appeared in a supporting role in the film "Bean." She then won another Genie Award for Best Actress for her work in the 1998 film, "Last Night." She continued booking film roles throughout the late 1990s and early 2000s and also played the character of Rita Wu in six seasons of the HBO series, "Arliss," receiving critical acclaim for her portrayal. She also had roles in "Under the Tuscan Sun" and "Sideways" in 2003 and 2004.

In 2005, she was cast in the ABC medical series "Grey's Anatomy." She received a Golden Globe Award for Best Supporting Actress in a Series in 2005 and a Screen Actors Guild Award for Outstanding Performance by a Female Actor in a Drama Series in 2006.She also received multiple Primetime Emmy nominations during her tenure on the show. In 2013, Oh announced that the show's tenth season would be her last.

During her time on "Grey's Anatomy," Oh continued acting in films and other projects. She starred alongside Robin Williams and Toni Collette in the 2006 thriller film, "The Night Listener." She also had roles in "Defendor," "Ramona and Beezus," and the 2010 drama "Rabbit Hole," alongside Nicole Kidman and Aaron Eckhart.

Oh has also lent her voice to several projects. She voiced the character of Brigid O'Shaughnessy in the Grammy-nominated audio version of "The Maltese Falcon" in 2008. She also voiced characters in "American Dragon: Jake Long," "Mulan II," and "The Land Before Time XIII: The Wisdom of Friends."

In 2009, Oh performed in the dramatic and musical documentary, "The People Speak," based on Howard Zinn's "A Peoples History of the United States." She also played the role of Sarah Chen in "Thorne," a British crime drama for which Oh had to take extensive dialect lessons to master the voice of her British character.

From 2014 to 2017, Oh took roles in a number of projects including, "Window Horses," "Tammy," "Shitty Boyfriends," Catfight," and "American Crime." In 2018, she was cast in the BBC iPlayer spy thriller series "Killing Eve." She played the role of British intelligence agent Eve Polastri who develops a fascination with a psychopathic assassin, Villanelle played by Jodie Comer, over the course of the series. The series was renewed for a second season before the debut of its first season and immediately picked up for a third a day after the second season premier. It was renewed for a fourth season shortly thereafter. Oh's role in the series has received much positive recognition. She won the Golden Globe Award for Best Actress in a Television Series Drama and became the first woman of Asian descent to win two Golden Globe Awards. She also received Primetime Emmy nominations and she won the Outstanding Performance by a Female Actor in a Drama Series at the 2019 SAG Awards.

Oh's talent and career has received much recognition over the years. In addition to her many award wins and nominations, Oh received a star on Canada's Walk of Fame in June of 2011. She was also awarded the National Arts Centre Award from the Governor General of Canada in 2019.

Personal Life: Oh was in a relationship with filmmaker Alexander Payne years and the couple married in January of 2003. Two years later, in 2005, they announced their separation and then divorced in late 2006. Oh had reportedly been in a relationship with Russian artist Lev Rukhin since sometime in 2016, though the couple is very private and not much is known about how they met.

Oh became an American citizen in 2018. She is interested in yoga and meditation and is a known practitioner of Vipassana, a Buddhist form of meditation that involves prolonged periods of remaining in silent meditation. 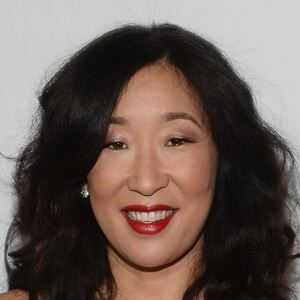